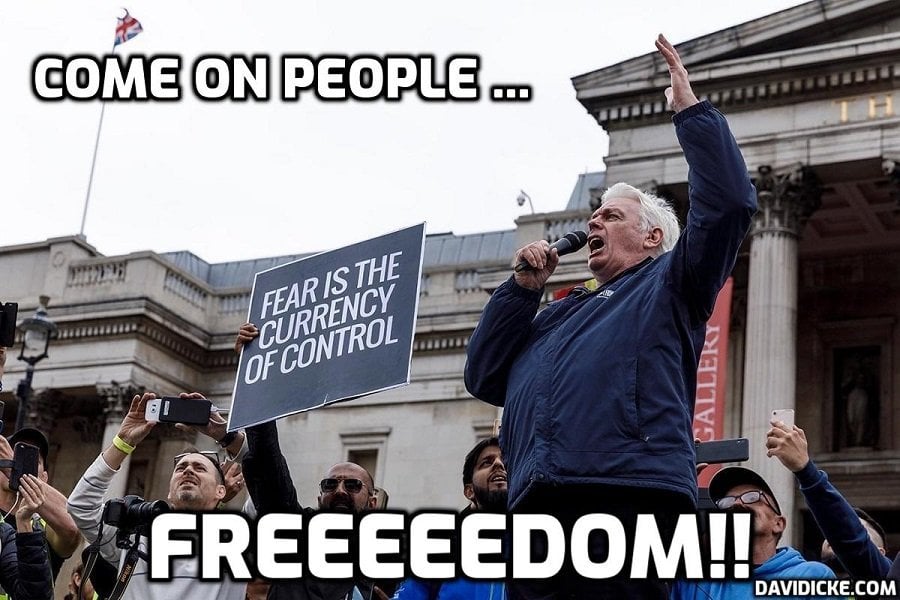 The Icelandic Free Speech Association was recently formed by a small, tightly knit group of people. We got to know each other through the struggle against the silencing and censorship of those who have expressed doubts about the measures imposed during the Covid-19 pandemic. The events of the past three years have opened our eyes to the grave threat against personal freedom and freedom of expression we now face.

Last Saturday, January 7th, we hosted a conference on the challenges to free speech. Toby Young, chairman of the Free Speech Union talked about how our fear of unlikely catastrophes may frighten us into accepting the most outrageous restrictions on our personal freedom and freedom of expression. Ögmundur Jónasson, former Icelandic Minister of the Interior, gave a vivid and distressing picture of the situation of the Kurdish nation and atrocities which coordinated censorship has hidden from view. Svala Magnea Ásdísardóttir, journalist and media analyst, talked about the case of Wikileaks founder, Australian journalist Julian Assange, who has now spent three years in solitary confinement in a UK prison, facing extradition to the US, for the “crime” of exposing war crimes committed by the US army in Iraq and Afghanistan.

The reaction we have seen during the past week indicates people may now be ready to wake up to the new and disturbing reality we face. The attention we’ve received from the media, after almost three years of silence, tells me they may be finding their voice again. This is certainly reassuring, but it is only the beginning.

The fact is, that we now have to define the concept of free speech more widely than before. The battle now is not only against the imprisonment of people for their opinions, but no less, and perhaps even more importantly, against the silencing of critical voices, deplatforming and cancellation.

At the same time, our access to information is under threat, in an age where discussion mostly takes place online, and the Internet is to a large extent controlled by corporations which in many cases enjoy close to a natural monopoly, and collaborate with governments and secret services to control what we can see and what not.

In other words, the frontier has moved. We must be fully aware of that. Without free exchange of opinions and access to information, democracy cannot thrive. Freedom of expression is the prerequisite for all other human rights. Therefore, our free democratic society is at stake, it is as simple as that.

After the unprecedented repression during the past three years, those who drove the catastrophe must be held to account. Governments, which ignored the broader interests of society, of the young, the poor. Scientists, who silently went along, justifying what they knew to be wrong, smearing and cancelling their more honest and outspoken colleagues. Media and social media corporations, which actively prevented free exchange of opinions and pushed to deprive us of human dignity.