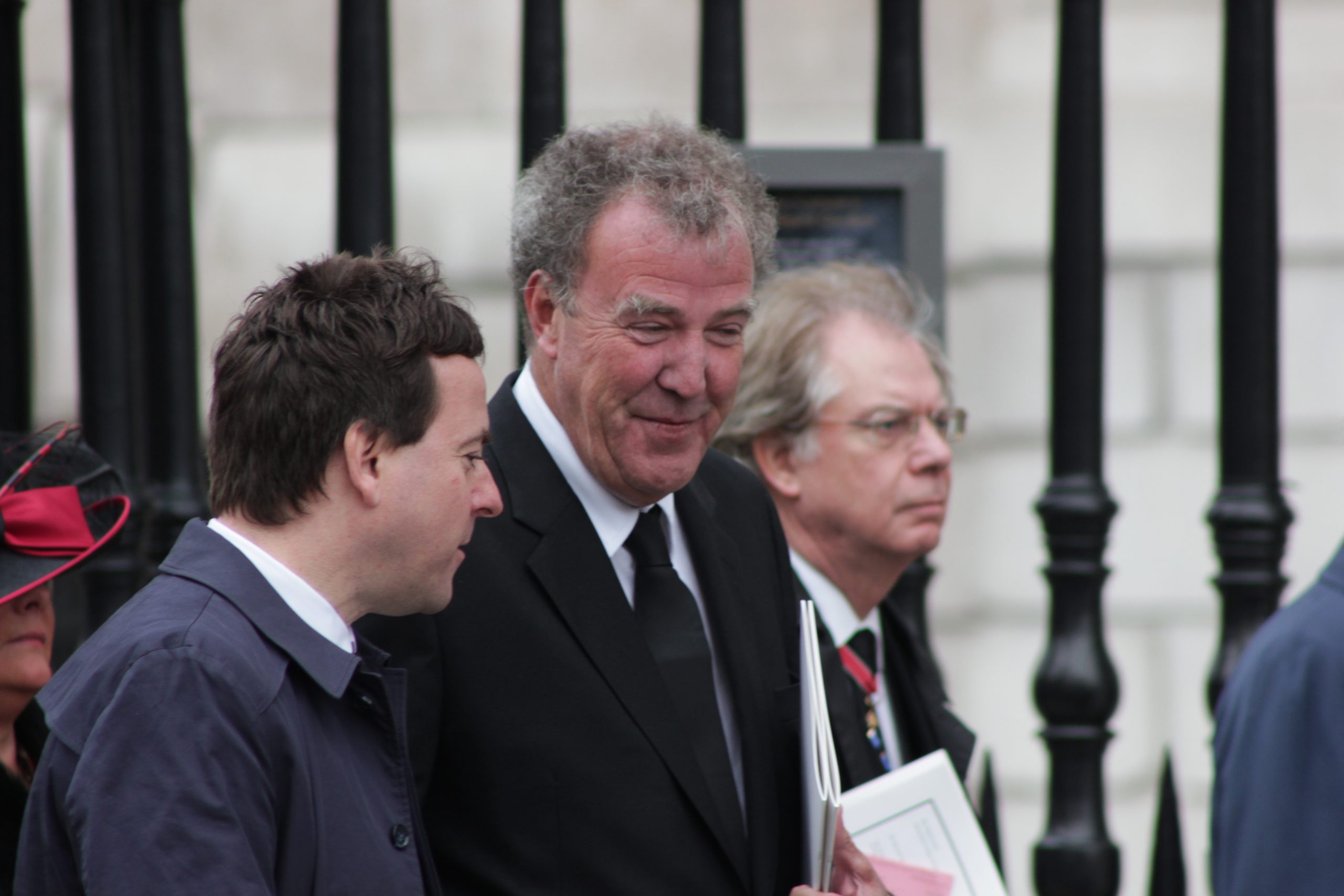 Oh no. Clarkson has decided to issue a lengthy and grovelling apology to the Woke Queen Meghan and her snivelling ‘spare’ sidekick, for the apparently heinous crime of a misjudged joke.

“I really am sorry,” says our farming friend. “All the way from the balls of my feet to the follicles on my head.”

He has done this either to try to keep his Amazon show, or because he genuinely means it. Both are bad.

The latter is more simple. He is making the classic mistake of apologising to merciless ideologues with no mechanism for forgiveness, as well as a baying mob who will only be excited by this next whiff of fresh blood.

This approach can never work, as was confirmed immediately by H & M’s infuriatingly pompous statement, by way of reply:

While a new public apology has been issued today by Mr. Clarkson, what remains to be addressed is his longstanding pattern of writing articles that spread hate rhetoric, dangerous conspiracy theories and misogyny.

Unless each of his other pieces were also written “in a hurry”, as he states, it is clear that this is not an isolated incident shared in haste, but rather a series of articles shared in hate.

In other words, Clarkson must capitulate fully to woke norms, where everything is misogyny and all political opponents are ‘hateful‘, yet when they destroy someone it is simply a case of ‘consequences’ and ‘accountability’.

Never mind Harry’s hate towards his ginger nemesis Rebekah Brooks, or the many other targets in his book, the sequel to which could easily be called Overshared in Hate.

So that was a massive fail from Jezza. But chances are he knew that and was apologising simply to appease Amazon, which is a more complicated proposition.

Why would Amazon want to lose someone who is, ostensibly at least, one of their most bankable stars? Some on the left claim that the sole aim of corporations is to make money, and that, for instance, the existence of so many woke films is simply because executives believe that is the content that will maximise profits.