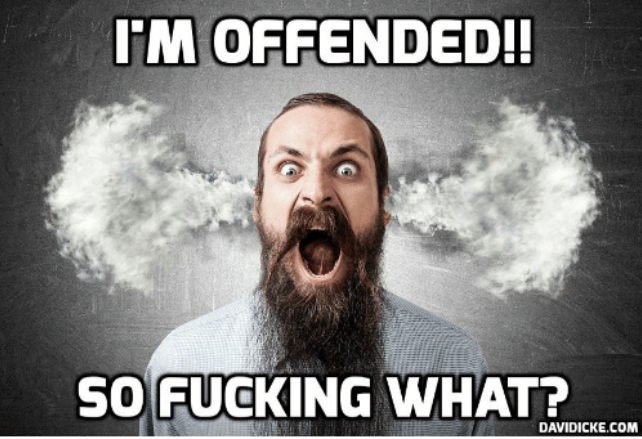 The company’s poster, situated on a busy junction in Hollinwood, Greater Manchester, featured a headline stating the company were “Artificial Grarse Experts”.

Underneath the text was an image of a woman wearing only a thong with text that stated: “Perfect 365 days a year… Get laid by the best.”

Now, the artificial grass company has poked fun at those who had been offended by their previous sign with a new one, and they have been backed by hundreds in the Facebook comments, reports Manchester Evening News.

The new poster “apologised” to the “offended four” adding: “You found it offensive, we all found it funny.”

It is a message wholeheartedly supported by those on Facebook who saw the original poster as a bit of fun.