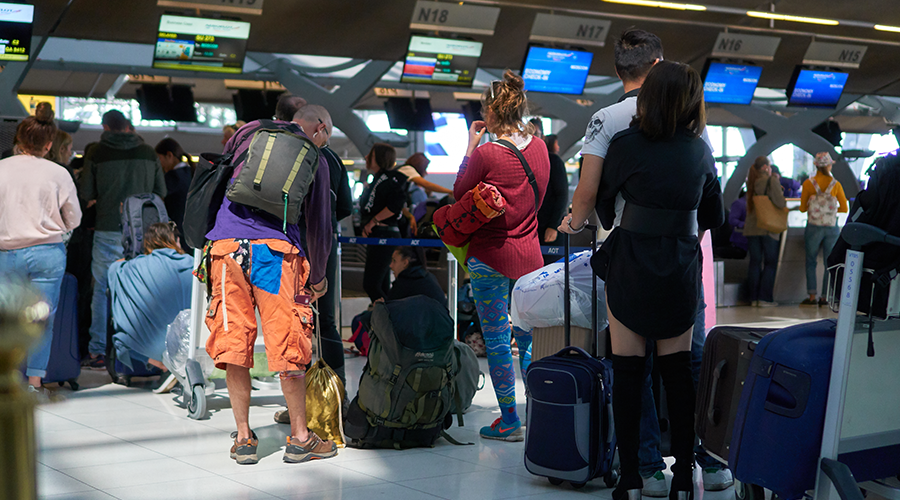 Operations in the United States are starting to resume after all flights across the country were grounded, the Federal Aviation Administration (FAA) said on Jan. 11.

“Normal air traffic operations are resuming gradually across the U.S. following an overnight outage to the Notice to Air Missions system that provides safety info to flight crews,” the FAA said in a statement at 8:50 a.m. ET.

The failure of a key pilot notification system operated by the agency late Tuesday prompted the agency to order all airlines to ground planes in the United States.

The agency’s Notice To Air Missions (NOTAM) system, which is critical for relaying essential information to flights, failed for the first time in history.

FAA officials said early Wednesday they were making progress in restoring the system.

“FAA has determined that the safety system affected by the overnight outage is fully restored,” Transportation Secretary Pete Buttigieg added later, in a statement at 8:54 a.m. ET.

That ground stop has been lifted, according to the FAA.

The agency had said the pause in domestic departures was to let the agency “validate the integrity of flight and safety information.”

While the grounding excluded military aircraft and medical evacuation flights, it impacted hundreds of commercial planes.

White House press secretary Karine Jean-Pierre announced in a statement on Twitter that President Joe Biden has been briefed on the outage and that there’s no indication it was caused by hackers.

“There is no evidence of a cyberattack at this point,” she said, adding that Biden directed the Department of Transportation “to conduct a full investigation into the causes,” she wrote.

Buttigieg said he directed “an after-action process to determine root causes and recommend next steps.”

Biden told reporters that he had spoken with Buttigieg and that he asked the Transportation Secretary to “report directly to me when they find out” what caused the outage.

“We don’t know what the cause of it is,” Biden said, adding that it could be “a couple of hours” until the cause is known.

United Airlines said in a statement that it has begun resuming flight operations and the company would be issuing travel waivers to people impacted by the ground stop.

Read More: Operations ‘Resuming Gradually’ After All Flights Grounded Across US: Federal Agency