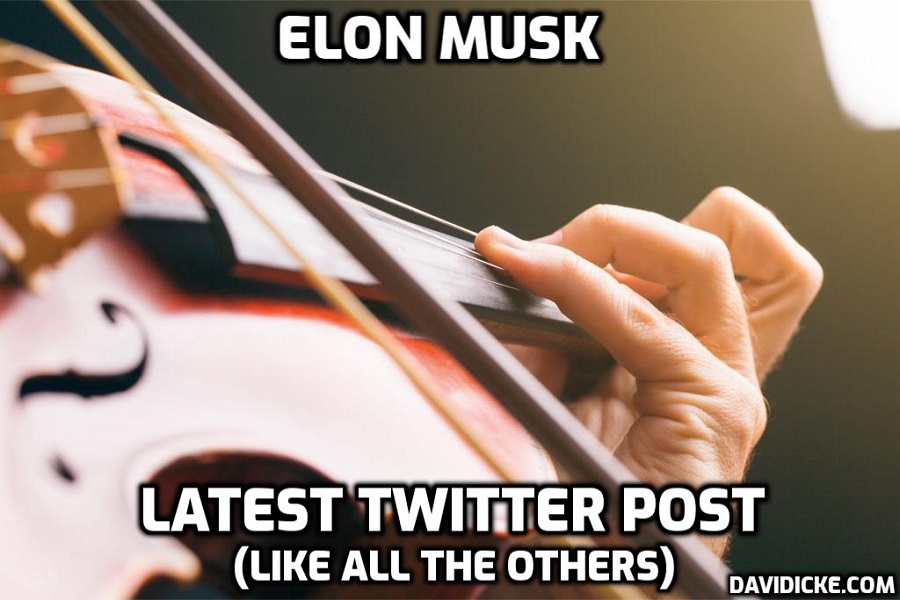 Elon Musk has weighed in on the turbulent race for House Speaker, urging holdout Republicans to vote for his recommended pick, Rep. Kevin McCarthy(R-Calif.) and put an end to the chaos in Congress.

Some 20 Republicans stand between McCarthy and the gavel as the House adjourned on Wednesday after a sixth ballot failed to hand the speakership to the California Republican.

The House held three votes on Wednesday in which no candidate captured the 218 votes needed to become House Speaker, mirroring three failed votes a day prior.

The stalemate could potentially be broken in a seventh vote scheduled for Thursday, with former President Donald Trump taking to Truth Social to urgeholdout Republicans to cast their vote for McCarthy.

Musk, too, took to social media early Thursday morning to announce his endorsement.

In apparent acknowledgement of the differing views on McCarthy’s candidacy, Musk later added: “Subtle, but I am beginning to suspect opinions differ on this matter … If not McCarthy, then seriously who?”

Musk’s comment drew a series of reactions from Twitter users, ranging from serious suggestions like Rep. Byron Donalds (R-Fla.), a favorite of McCarthy’s GOP opponents who received 20 votes on Wednesday, to less serious ones like a recommendation that it should be Musk himself.

Wednesday’s drama on Capitol Hill ended with McCarthy earning 201 votes in the final vote of the day—and sixth ballot overall—the same number of votes that he got in the day’s two other roll calls.

Leaving the negotiating room in the Capitol late Wednesday, McCarthy claimed “good progress” in his often contentious negotiations with dissident Republicans who oppose his bid for the gavel.

“We don’t have a deal yet but we’re making a lot of progress,” he told reporters on Capitol Hill.

McCarthy’s failure to clinch a win marks the first time in 100 years that a House Speaker nominee could not take the gavel on the first or second vote.

The longest and most grueling fight for the gavel started in December 1855, dragging out for two months and requiring 133 ballots before Nathaniel Banks was declared House speaker.

Reporters on Capitol Hill asked McCarthy after Tuesday’s three rounds of failed votes if he would drop out of the race.

“It’s not going to happen,” he replied, adding that Trump had “reiterated his support” for his candidacy.