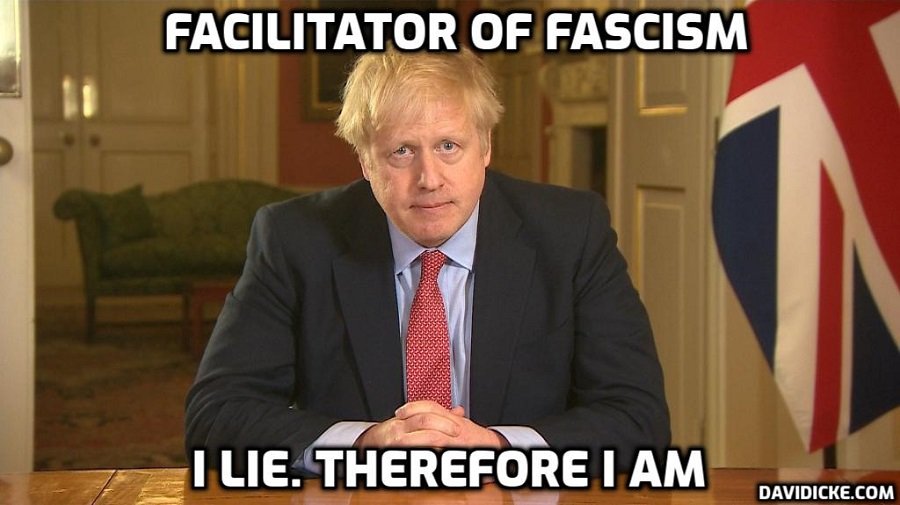 Boris Johnson was secretly ‘nudged’ into wearing a facemask by SAGE scientists during the pandemic, according to the head of the Government’s Behavioural Insights Team. The Telegraph has the story.

In an interview for the Reckitt Global Hygiene Institute published today by the Telegraph, Professor David Halpern says he turned his subliminal powers of persuasion on the Prime Minister himself after it became apparent he was not leading by example.

Prof. Halpern is a member of SAGE and CEO of the controversial ‘nudge unit’, which advised on much of the Government’s messaging during the pandemic, including the “Hands, Face, Space” and “Stay home – Protect the NHS” slogans.

In the interview, which considers the politics and culture of mask wearing around the world, Prof Halpern describes how he helped nudge Mr. Johnson to wear a mask himself.

“We did share with him a slide pack at one point. It had a series of images of pretty much every single world leader wearing a mask, and then a picture with him not.” This subliminal prod was used to point out that “a normal thing for a world leader to do right now is wear a mask”, Prof. Halpern added.

Prof Halpern co-authored the 2010 Mindspace document for the Cabinet Office which listed all the nine subconscious prompts for which there is a solid evidence base. Chief among these nudges is the idea that we conform to ‘social norms’ – that we tend to do what those around us are already doing once it is drawn to our attention.