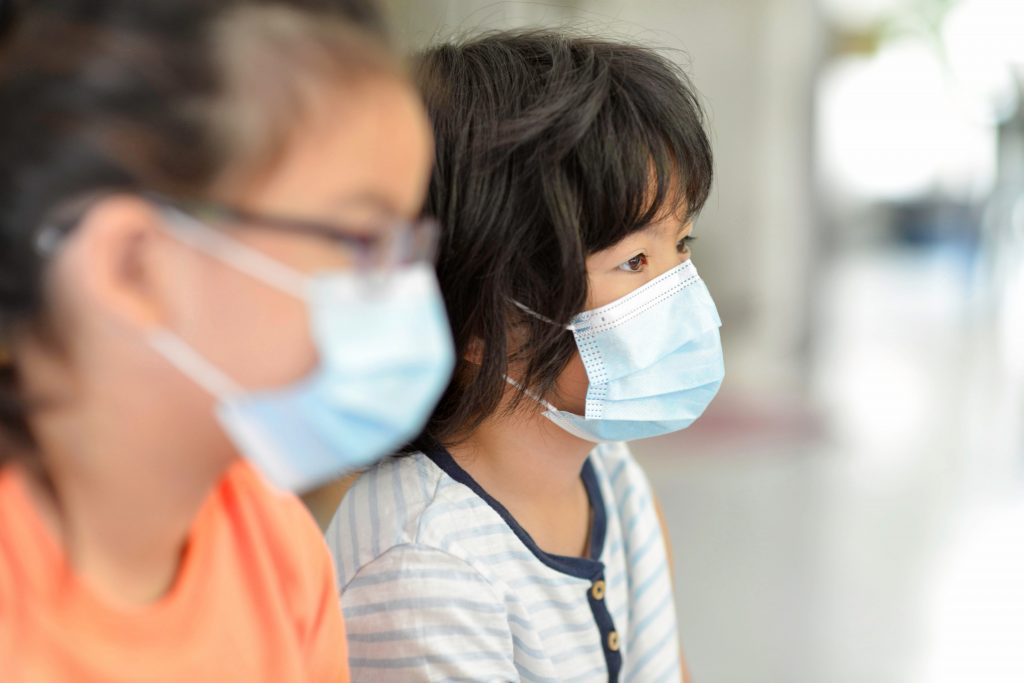 Masks never went away. They should have, of course, because there was never any evidence that they did any good at all though there was plenty of evidence that they caused massive amounts of harm to those wearing them and to babies and small children who, instead of seeing human faces, saw scary eyes and faces covered in masks.

Masks never went away because compliant, conforming, collaborating idiots ignored the medical and scientific evidence proving that they (like the covid-19 jabs) did no good but much harm and obeyed the Government advisors, mixed celebrities and assorted members of the royal family, and kept on wearing them.

Now, governments are advising citizens to start wearing masks if they go outside with a cold or the flu. It is, so the insane conspirators claim, the non-wearing of face masks which is threatening the health service. They are presumably unaware that GPs appear to have downed stethoscopes and gone on permanent holiday somewhere warm (leaving patients with little alternative but to try to call an ambulance or to make their way to hospital) and equally unaware that union leaders are organising NHS strikes which are, I believe, precipitating a population-culling programme of genocide. Just why strike organisers haven’t been arrested for inspiring an apparently coordinated programme of national manslaughter is a mystery only the conspirators can answer. Why is it acceptable for health professionals to abandon their responsibilities and to refuse to provide treatment for those in desperate need?

In the old, sensible, pre-madness days, people were wisely advised to stay at home, indoors, and to keep warm and away from other people, if they had a cold or the flu.

As is the advice (also eminently sensible) to cover your mouth and nose with your handkerchief (or a hand) if you sneeze or cough.