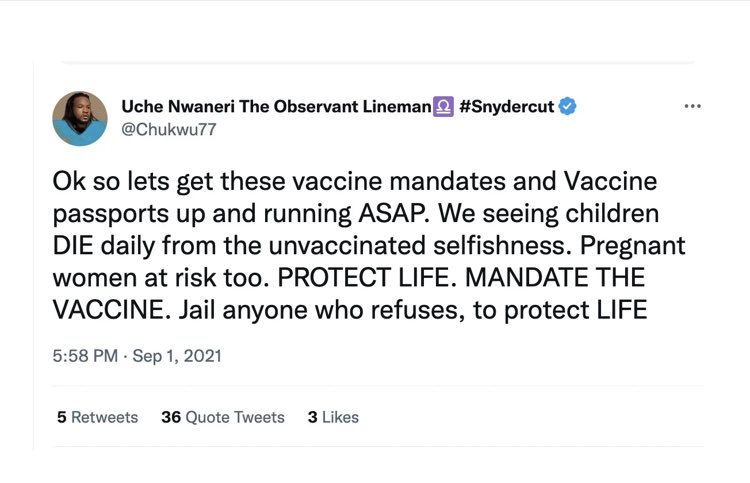 The former OL star was found unresponsive at his wife’s home in West Lafayette on December 30, according to TMZ.

“Nwaneri was at his wife’s home in West Lafayette — about 65 miles northwest of Indianapolis — when police received a call around 1 AM stating the 6’4″ NFL guard collapsed in a bedroom,” the outlet reported.

According to the report, medical personnel tried to save Nwaneri but were unsuccessful.

An autopsy that was performed by the Tippecanoe County Office of the Coroner on Monday revealed that there were no signs of foul play.

Uche may have died from an “enlarged heart with sudden heart failure,” as stated by the coroner in their preliminary report.