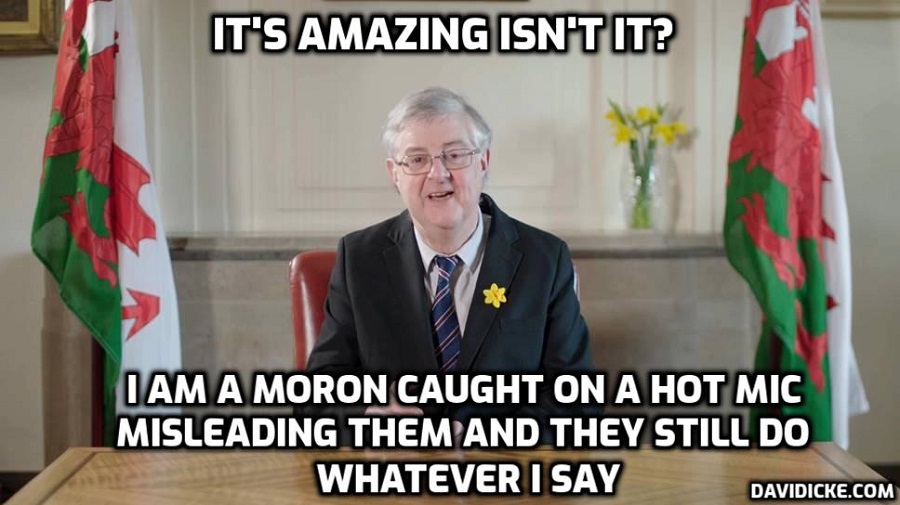 The dying days of 2022 have brought at least one piece of good news – Mark Drakeford, the First Minister of Wales, has announced he’ll step down in 2024. The Telegraph’s Matthew Lynn has got his obituary in early.

Over his four years in power, Wales has been turned into a laboratory for the kind of half-baked policy ideas that don’t usually make it out of the seminar rooms of second-rate universities.

A four-day week? Sure, that will revitalise some of the worst public services in the developed world. A universal basic income that pays you a salary regardless of whether you work or not? That’s certain to restart a stalled economy and get people back to the office or factory. A standard 20mph speed limit? Heck, why not? It is not as if businesses ever need to get stuff anywhere quickly. Second-home owners and holiday rentals? Instead of embracing the money they bring into the country, the First Minister has pandered to the most narrow-minded instincts of his nationalist rivals by trying to bully them out of existence. At times, Drakeford has appeared to be waging a one-man war against any form of productive activity.

During lockdown, he championed the kind of petty authoritarianism for which the pandemic was the perfect excuse. Schools were closed at the first sign of a cough, and, memorably, even though supermarkets were allowed to stay open, they were banned from selling non-essential items, creating the ridiculous spectacle of Tesco and Sainsbury’s sealing off the clothing and entertainment aisles. Drakeford’s Covid police seemed to be more worried about stopping the free market than the virus.

And of course, all of his failures are merely blamed on London. He is currently complaining that he is unable to pay striking nurses any more, because the UK Government will not give him the money. He is doing so while refusing to use his own powers to vary income tax, which might well enable him to pay for it himself. Drakeford represents the worst of devolution. He glories in all the trappings of power, but avoids any genuine responsibility.