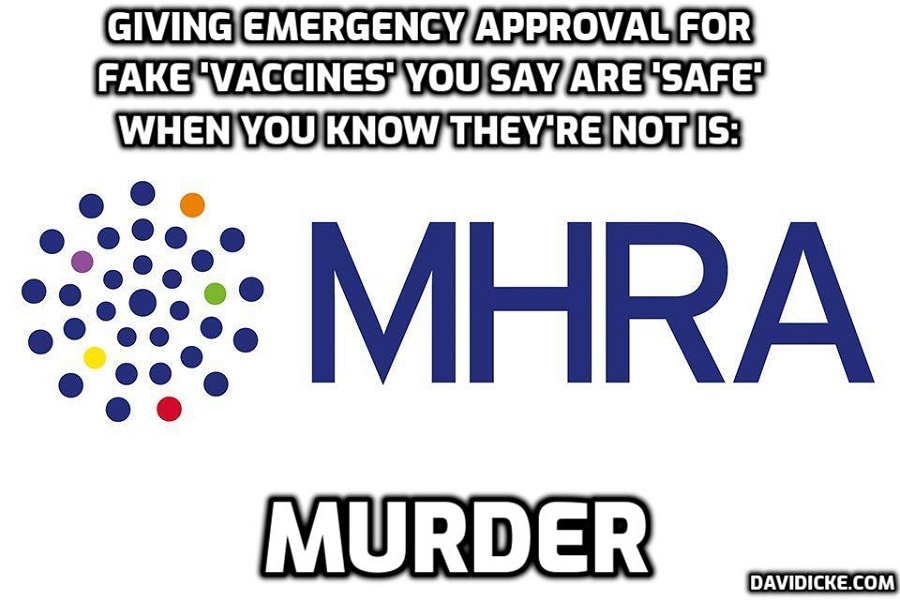 The Medicines and Healthcare products Regulatory Agency (“MHRA”) continues to insist that the “overwhelming majority” of adverse effects of the Covid “vaccines” are for example sore arms and symptoms of a flu-like illness. But an examination of the Yellow Card reports proves this is untrue.

It is known that 90%+ of adverse effects are not reported to the Yellow Card system but whatever the true toll in injuries and deaths, when the MHRA responsible for guaranteeing “vaccine” safety states that the “overwhelming majority” of Yellow Card reports are “sore arms, headaches, chills, tiredness, feeling sick, dizziness, weakness and aching muscles,” it is lying to the UK public.

How do we know MHRA are lying? Because roughly three-quarters of the adverse effects reported to the Yellow Card system are categorised as “serious.”

In its weekly summary of the Yellow Card reports it receives of the adverse drug reactions (“ADRs”) suffered by the British public following injection with the Covid-19 “vaccines” it has authorised, the Medicines and Healthcare products Regulatory Agency (“MHRA”) continues to insist that the “overwhelming majority” are:

In doing so, the MHRA — and, by extension, the UK Prime Minister, the Department for Health and Social Care, the UK Health Security Agency, the Joint Committee on Vaccination and Immunisation, the Scientific Advisory Group for Emergencies, the National Health Service and the pharmaceutical companies that have been testing this experimental biotechnology on the British public for the past two years — can all dismiss the growing fears and anger about the UK “vaccination” programme as the fearmongering of “conspiracy theorists.” Indeed, it was precisely this term that outraged Members of Parliament used to describe MP Andrew Bridgen recently after he called on Rishi Sunak to halt the UK “vaccination” programme. But is this claim by the MHRA borne out by the more than 474,000 Yellow Card reports it has received since the programme was initiated in December 2020? As you’d expect of an organisation funded by the pharmaceutical companies and vaccine investors whose products it is paid to guarantee the safety of, the answer is an unsurprising “no.”

After failing — or refusing — to differentiate between serious and non-serious adverse reactions to the fake “vaccines” during the politically-declared coronavirus “pandemic,” at the end of December 2022 the MHRA finally published the figures that distinguish between them for each of the different brands of “vaccines.” And as we should by now expect of a privately-funded government body that has repeatedly and consistently lied to the UK public since March 2020, the data contradicts their own assertions. In this article, I’m going to show how. It should be clear by now why they have lied.