The country of Bangladesh is mostly a floodplain. Over 80% of the territory is classified as such, while 75% of the land is less than 10 metres above sea level. Heavy monsoons and widespread flooding are common. In an average year, 18% of the landmass is inundated, a figure that rose to 75% in 1988. What better place for western guilt-trippers to highlight and claim that all the natural tribulations are down to humans changing the climate? And what better ‘poster child’ for grant-hungry activists and local politicians to highlight when demanding large amounts of ‘compensation’ from developed nations to assuage the sins of industrialisation?

Presumably, when they talk about climate change, Sky and the BBC are worried about flooding being caused by rising temperatures and increased rainfall. It might therefore be considered curious that these climate changes do not seem to have affected Bangladesh.

According to figures compiled for the World Bank, the average temperature in Bangladesh is the same today as it was 100 years ago. There are the usual cyclical changes, but global warming is not much in evidence around the Bay of Bengal. 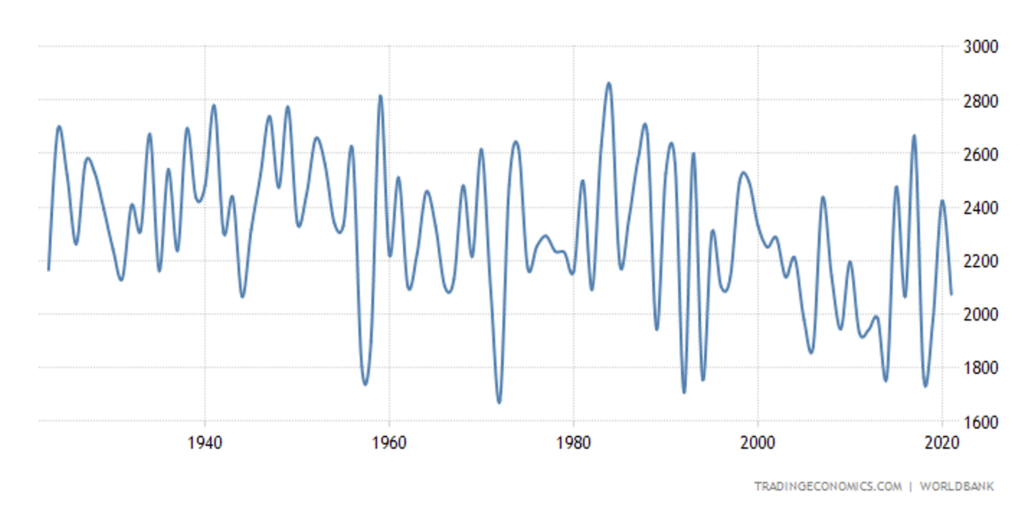 Read More: No Rise in Temperature or Rainfall in Bangladesh for 100 Years