Back in March of last year, I pointed out that Covid’s impact on mortality had been small relative to pre-existing differences across Europe. In other words: increases in mortality within European countries were smaller than the differences that existed between them before Covid arrived.

At the time, I relied on a crude measure of mortality: number of deaths per 100 people aged 65+. We can now observe the same pattern using the latest data on life expectancy.

Life expectancy in a particular year is defined as the number of years a person born in that year could be expected to live if he or she experienced the current age-specific mortality rates (at each age 0, 1, 2, etc.) during the course of her life. It is therefore closely related to the age-standardised mortality rate.

Both statistics take into account the ages of those who died, as well as the age-structure of the overall population. Hence they’re ideal for comparing across countries and over time. The only advantage of life expectancy is that it’s easier to interpret: talking about the number of years someone can expect to live makes more sense than talking about a standardised rate of something.

Consider the chart below, which show life expectancy in selected European countries from 2000 to 2021. 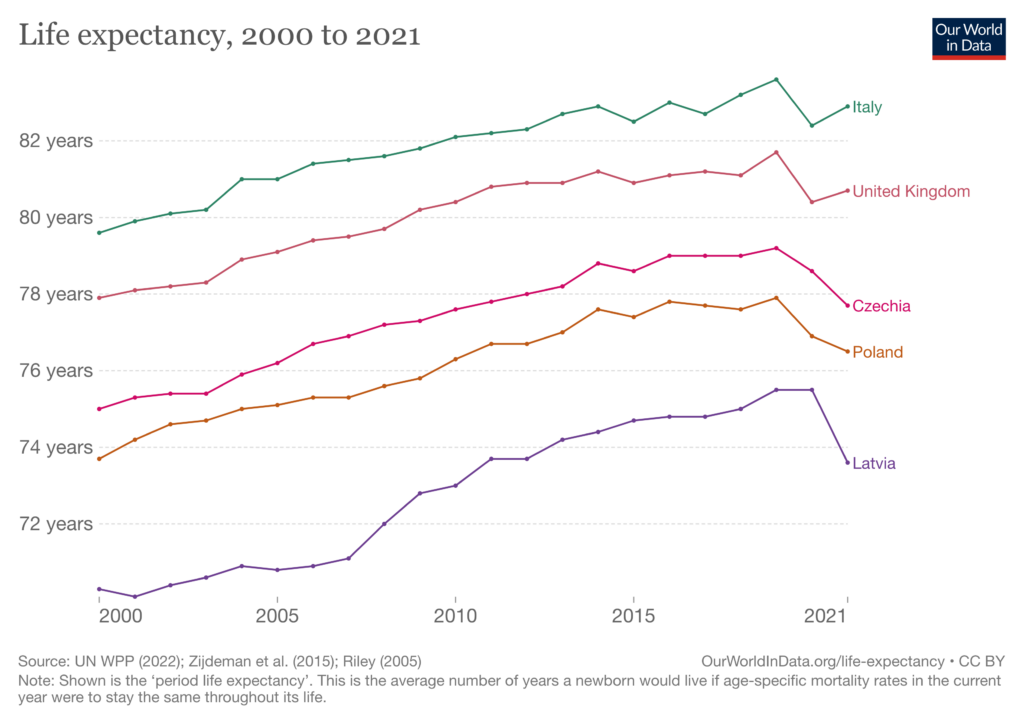 Is this a large amount? In terms of year-on-year changes, yes. Latvia hadn’t seen such a big decline since the fall of the Soviet Union. But in terms of pre-existing differences across Europe, not really. In 2019, Italy’s life expectancy was 8 years higher than Latvia’s. So in a normal year, Latvia experiences four pandemics worth of mortality, relative to Italy.

We can also compare Sweden to the other Nordic countries, as in the chart below. The first thing to notice is that even in 2020, when Swedes supposedly faced “disaster”, they actually lived longer than both Danes and Finns. At the height of the pandemic, Swedish life expectancy was 82.4, compared to ‘only’ 81.5 in Denmark. 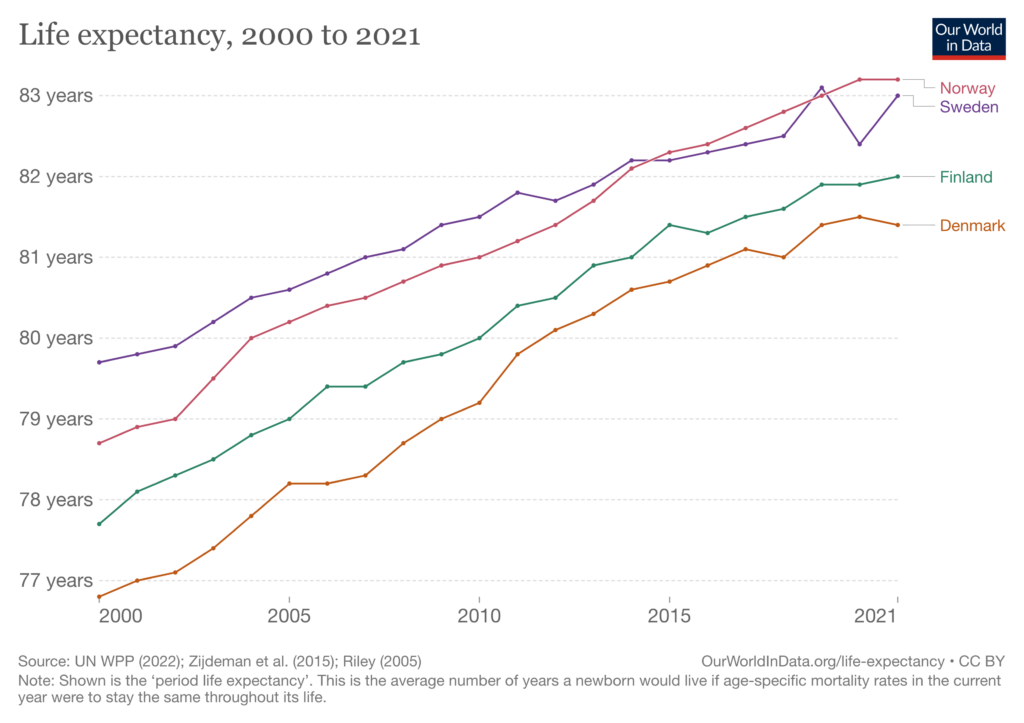