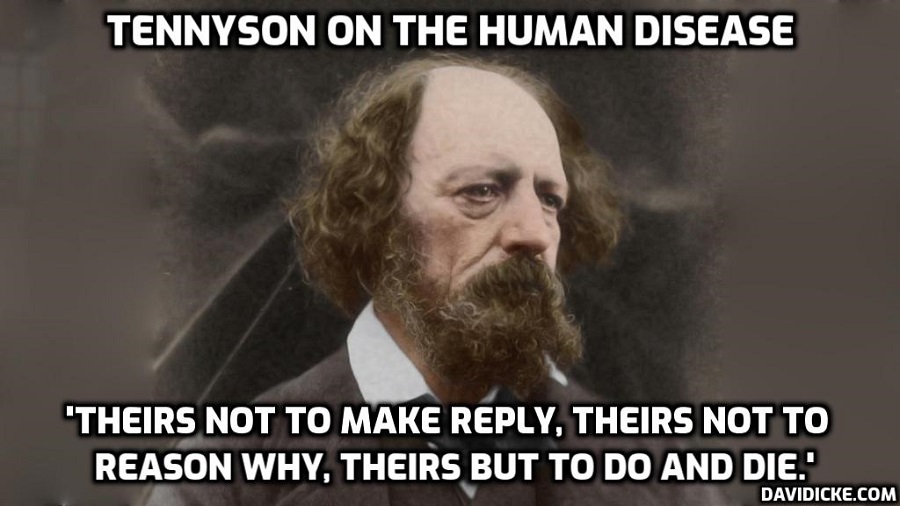 University bosses have been blasted for laying on a ‘decolonising’ campus tour in which the poet Alfred, Lord Tennyson was branded ‘problematic’.

Lincoln University said Tennyson ‘supported imperialism’ and his ‘failings’ needed to be ‘acknowledged and regretted’.

Lincolnshire-born Tennyson, whose famous works include The Charge Of The Light Brigade, was Poet Laureate for Queen Victoria and died in 1892.

Around 150 students took part in the tour around the university’s buildings which sought to expose the ‘offensive views’ of historical figures featured on the campus.

Other leading figures with links to Lincolnshire shamed on the tour included the scientist Isaac Newton and naturalist Joseph Banks, who founded Kew Gardens.

One university staff member, who asked not to be named, said: ‘I am quite sure it will be the first step to Lincoln trying to rename the university buildings away from the great historical figures of Lincolnshire history, like Tennyson, to something ridiculous like the Greta Thunberg Building.

‘Unfortunately, I cannot speak up without the defenders of this woke nonsense trying to get me fired.’

A campus building is named after Tennyson and his statue is on the grounds of Lincoln Cathedral.

Students on the tour were shown a recently erected plaque, which aims to enhance ‘equality and inclusion’.

It says Tennyson believed Africans and Asians were ‘children without a civilisation and history’. It also claims he supported Jamaica governor Edward Eyre, who ‘unleashed a reign of terror against black Jamaicans’.

The plaque adds: ‘As a university, we acknowledge and regret the failings of our forebears, as well as recognising their achievements.’