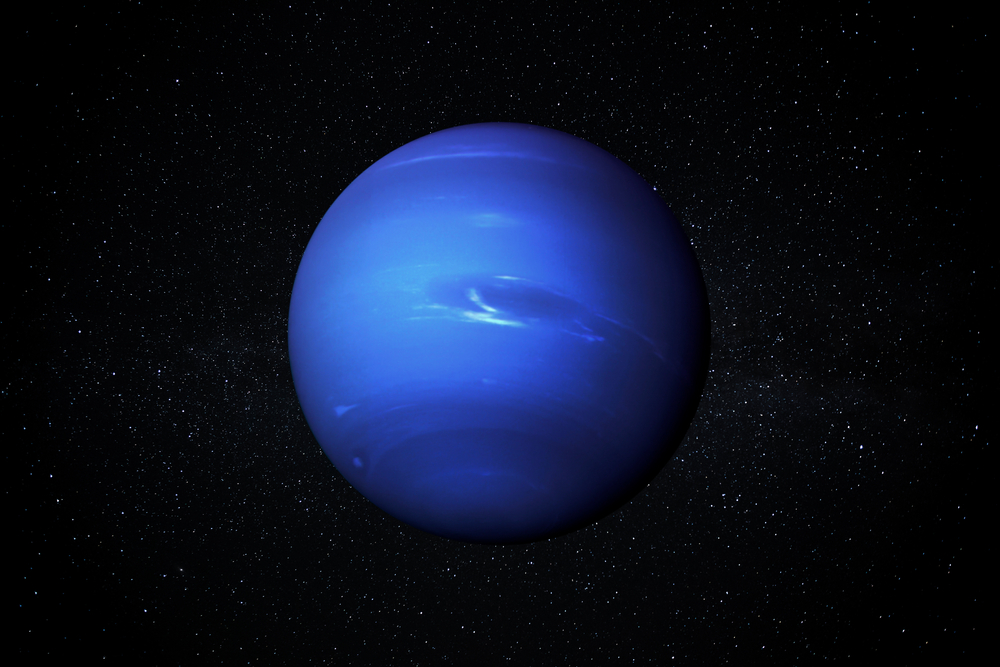 Numerology deals with numbers and their influence. Each number represents a planet with its associated characteristics. Just like how a person’s destiny number can be calculated by adding all the numbers in their birthday, the yearly number’s planetary influence can be found. Each planet has its beneficial and malefic effects. The numbers run from 1-9 with 11, 22, and 33 being master numbers that have a stronger effect. 2020 for example contains double 2’s, and can be interpreted as a master number adding up to four which represents Rahu in Vedic astrology. Ancient lore tells how the demon fooled the gods and drank the Amrit which bestows immortality. After the gods discovered what happened, the demon was beheaded and permanently separated as punishment. Rahu represents the severed head while Ketu represents the headless body. While not actually planets, Rahu is the north side of the moon while Ketu is south. In numerology the number four represents discipline, studies, and stability. Rahu represents the same but also rebelling against authority, the unconventional, sudden changes, weird diseases that doctors can’t decipher, and computer science. It also rules urges like lust, alcohol, drugs (including medicine), and speculation including gambling. While it can give sudden gains, it typically gives sudden losses due to misunderstandings and miscommunications.

2020 has double 2’s as the adding numbers are also considered. 2 represents moon who is a cool planet, but doubled becomes hot. And thus exerts more negative influence of the moon on the mind so depression, emotional turmoil, and marriage/separation problems are heavy. Moon also rules administration and hospitality so hotel businesses suffer. Two moons combined with the fiery defiant Rahu created a year where the world saw a new disease of unknown origin, that doctors couldn’t control, suddenly throwing the world upside down. Lock down destroyed many businesses while a few experienced sudden gains and many succumbed to drugs, prostitution, and other reckless behavior due to the depression and isolation. Some thought it was the end of the world.

Shifting online for school, meetings, and even doctor appointments with computers being a vital component to society forced everyone to be its slave in a sense. This led to misinterpretations, even wearing a mask contributed to that a people couldn’t understand spoken words.

The government was wrongly advised as a vaccine was rushed and given, overlooking the side effects when alternatives like ivermectin and intravenous vitamin C were not considered. Artificial intelligence also grew and played a more integrated part in society. And yet, people were more or less following the same routine. Everyone was in a sense disciplined and forced to abide by a consistent schedule be it work or school. However, many rebelled. There was also lots of laziness in 2020 as a malefic Rahu makes one stuck in a rut killing their ambition. So the double moon plus Rahu combo did not work well for most.

2021, while still having double moon, had one number 1 representing sun, another hot planet adding the fire. Sun is about government, authority, higher study, and things of that nature. 2021 adds up to 5 representing Mercury which also represents education. It also rules communication so technology, internet, travel, and having a good time. 2021 had lots of people binge watching TV shows, and more internet control system being put in place like invasion of privacy.

Stores opened up to some extend, travel restrictions eased, and people returned to “normal” to some capacity. But the devastating effects of 2020 remained and its effects will continue to be felt at least until 2030, because of the double moon, and 2020 being a master number exerting 4, leaves a big everlasting dent on the world. 22 wants to reform society reshaping it into an ideal. The problem was that not everyone agreed on how to bring about that utopia. So protests and push back was expected.

In astrology the interplay, or relations of planets, are also considered, and even in numerology, there are compatible/incompatible numbers. 2021 adds up to 5. With 22 being a doubled hot moon with the sun, who is enemies with Mercury, is not a favorable combination. Moon, sun, and Mercury don’t get along so this tends to bring their malefic effects more. So many were still depressed and so partied and traveled recklessly not caring about getting injected with an unproven vaccine.

2022 was interesting. Three 2’s making a triple flaming moon adding up to 6, which represents Venus. 6 is all about family, staying home, and its comforts. So many visited family, and some even moved back in permanently. Whether it is the economy to blame, Zoomer bad work ethic, and inflation, the Venus influence causes people to reunite with families and stay home as opposed to 2020-2021 that scattered people and put them in a rut.

Home decorations occurred, gardening, redesigning, and all kinds of at home activity. Venus is about all things creative, luxurious, and pleasurable. So art, entertainment, cosmetics, and alike have increased in the sense of more consumption, but also can be argued of bad quality as two hot moons don’t compliment Venus. So it is disturbed. Double moon’s influence will continue to disturb everyone till 2030, and doesn’t compliment other numbers/planets whom would otherwise be friendly because of the double 2’s making moon hot and out of balance.

Venus is known as Shukra in Vedic astrology, and considered by some to be androgynous. Also known as a teacher, it’s not surprising to see schools pushing gender ideology and push back from parents about gender identity.

Impulse spending on therapeutics like pampering massages and even the company of escorts is likely due to Venus with double moons likely influenced 2021.

Spending more time with family was the main influence, even moon is about togetherness and sharing feelings. Many also took an accounting of their homes and made cuts to save on utilities. I noticed less neighbors having Christmas lights in 2022. So home and family were of importance. It also influenced people to think about what truly matters in life.

What Astrology and Numerology Suggests for 2023?

While the double 2’s are there, 3 is Jupiter who will bring justice, expansion, economic stability, and career improvement. Many court cases will get settled in favor of the righteous. The innocent will be served justice and corrupt individuals will be exposed. However, the main influence adds to up to 7 representing Neptune in western astrology, so evil people might disappear out of sight to escape the law. But it doesn’t mean all will get away with crimes.

Neptune is illusion, confusion, mystery, spiritual pursuits, and the metaphysical. There will be an overall boost in intuition, especially those who have been practicing spiritual work will experience a stronger effect.

Surge in the Arts & Creativity

Artists, filmmakers, writers, philosophers, and even companies involved in virtual reality will experience success due to Neptune’s energy and Jupiter’s positive vibes. Those doing remote work will fare well too. However, the moon continues to disturb the mind so there are likely to be setbacks for some involved in the creative fields like artists who will voice their frustrations more strongly. It’s already happening, but in 2023, there will likely be a strong push back against artificial intelligence, and technology in general, because people don’t want their livelihood replaced by machines nor do they want their personal lives invaded by it.

Despite the rubble, there likely will be great works of art, films, and progress in spirituality, and it’s likely to come from unknown sources, individuals from humble origins. Mainstream entertainment and media are likely to suffer their worst ratings yet while indie filmmakers, and alternative channels will experience growth.

Attack on Religion and Personal Beliefs

There will be attacks on religion and attempts to remove religious freedom and sincerely held conscious beliefs to push political agendas and limit freedom of choice. There will be a clash of philosophies where different groups will try to tell others how to live and what to believe in. But it is likely to further divide and prompt those with religious and/or different beliefs to move and settle in areas with like minded people.

Another lock down is possible, but some will be more so by choice sort of like Buddha leaving his family to search for enlightenment. So while there may not necessarily be more divorces, people are likely to separate or go their own way to seek the quieter independent spiritual side of life.

The distinction between the sheep and the awakened will be crystal clear as the asleep will fall deeper into the abyss while those awakened will take life changing action. More people however will see through the veil of illusion. Politics is likely to see lots of arguing and even fighting, and new candidates may present new revolutionary ideas while exposing high scale corruption.

People will be pondering the deeper meaning of life, and there will likely be some philosophical discussions that will transform people’s thinking and perspective.

7 in Vedic astrology is represented by Ketu, the headless body of Rahu. It is about spirituality and detachment from the material world. So its influence will not encourage people to get married or have much ambition to work and make money as their thinking will be what’s the point, it doesn’t matter. Not to say nobody will get married, but delays are expected or some other kind of obstacles causing disharmony. Ruling poisonous animals, there may be an increase in attacks.

Conversely, many are likely to succumb to drugs, alcohol, and addictions, because they will chase fantasy so will spend lots of time in the meta-verse (internet, video games, virtual reality, etc.) The government in response is likely to try to snatch away nutritional supplements in the name of safety to prevent the public from abusing drugs.

Neptune in Greek mythology is Poseidon, the god of the seas so there will likely be more flooding, storms, earthquakes, and water related accidents like power outages. Water may even become scarce and expensive, or there may be contamination due to the disturbing hot moon. There also could be an increase in ships, filtration, and water related travel and ventures. Water will play a greater part in people’s lives with more importance.

While some fear of world war, it’s not likely in 2023, probably more likely in or around 2025 since it adds to number 9 which represents mars, the god of war. In general, Neptune’s energy will bring dark gloomy times, but it also forces people to search for the light in the darkness. This will enable many to break free should they be daring and bold enough to walk that path which is likely to be solo due to the upheaval of confusion. People will be given two options, much like either taking the red or blue pill. They can drown their senses in drugs and lose themselves in the meta-verse, or they can take a new step in a different direction and embrace the opportunities presented that will reveal a new paradigm where they will experience life on a whole new level with a revived sense of purpose and well being.