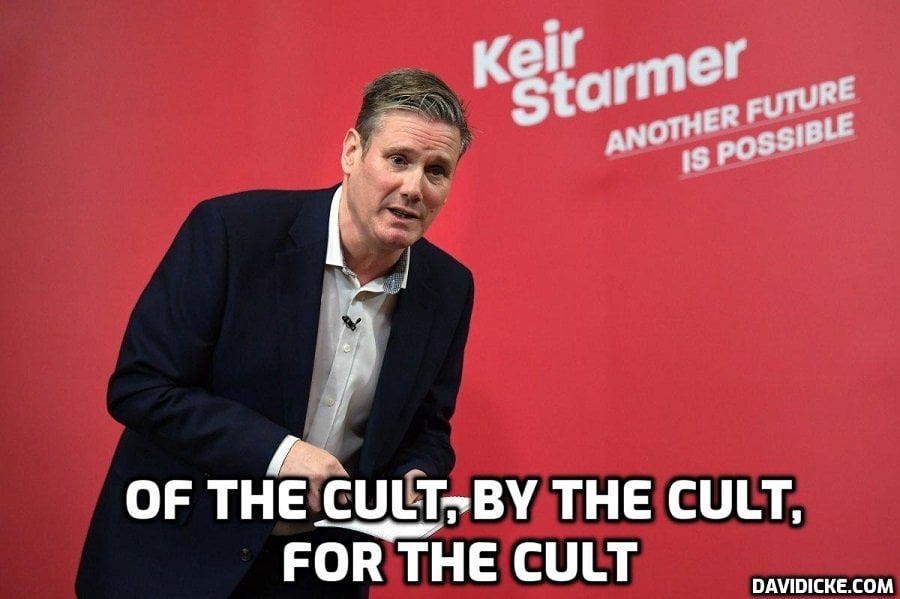 As far back as September of last year, Labour leader Sir Keir Starmer refused to accept that ‘only women have a cervix’.

Six months later, asked multiple times on a radio phone-in show whether ‘a woman can have a penis’, he repeatedly refused to commit himself.

And last week, in response to the Scottish Parliament’s passing of Nicola Sturgeon’s heinous Gender Recognition Reform Bill, it was revealed that — if Labour won power — he would change the law to allow trans people to self-identify their gender.

For a man who has always claimed to be a fearless opponent of male violence against women, this represents a shameful abdication of responsibility.

The truth is Starmer is nothing more than a coward. At a time when millions need his support more than ever, he has shown himself to be entirely gutless.

To most people in Britain, and certainly those who come, as I do, from no-nonsense backgrounds where we don’t mince our words, it shouldn’t need saying that men can’t transform into women just by declaring a desire to switch sex.

But, incredibly, that’s now the legal situation north of the border, as the new legislation enables people to self-identify as their chosen gender without a medical diagnosis.

As the author and courageous voice of common sense J.K. Rowling pungently puts it: ‘All a man needs to “become a woman” is to say he’s one.’

It is one thing for a person who has thought deeply about transitioning, lived for an extended period in the gender of their choice, engaged in hormone treatment and undergone gender reassignment surgery to be accepted as a trans man or woman.