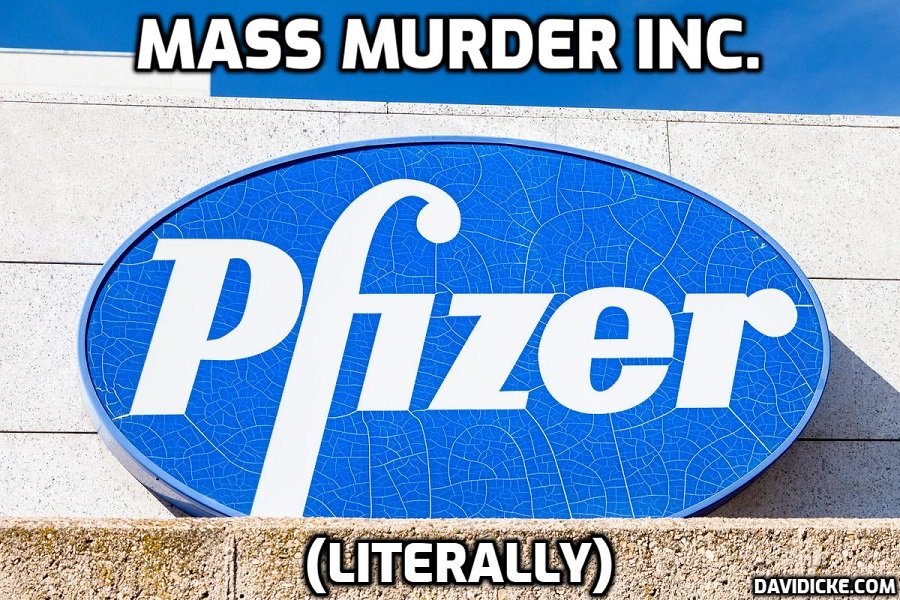 As the death toll rises, a dark shadow has been cast over Britain.

As the investigation deepens, it has become increasingly clear that the Covid-19 vaccines are the most likely cause of the unprecedented loss of life in Britain. The evidence is damning, with a startling correlation between the rollout of the vaccines and the spike in deaths.

We were told the vaccines would bring hope and healing in the midst of an alleged global pandemic. But now, it seems that they have instead brought even more devastation and pain.

The Office for National Statistics has released weekly figures on deaths registered in England and Wales, and the most recent data reveals a troubling increase.

While Covid-19 is often blamed for such increases, this time the numbers tell a different story. Out of all the deaths, only 326 were attributed to the alleged disease – a mere 2.8%.

So what is causing this surge in fatalities? 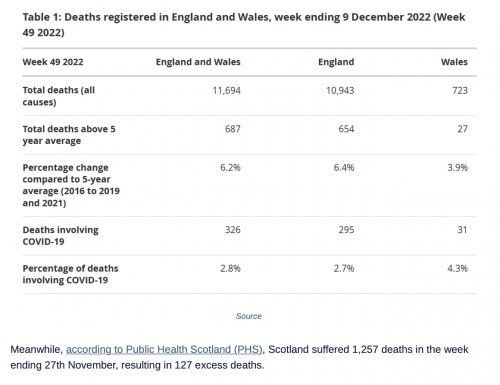 According to the Office for National Statistics, excess deaths have been occurring in England and Wales on a weekly basis since April 2022. To uncover the full extent of this tragedy, we dug into the data, analyzing the weekly number of deaths over the past six months and comparing them to the five-year average. What we discovered was a disturbing trend, as the chart below reveals.

As we delve deeper into the mystery of the excess deaths occurring in England and Wales, a disturbing possibility comes to light: the Covid-19 vaccines may be to blame.

According to the Office for National Statistics, excess deaths have been occurring on a weekly basis since April 2022, and while the data initially seemed to point to other causes, closer examination reveals a startling correlation between the rollout of the 2021 winter “Booster” shot and the spike in fatalities.

To uncover the full extent of this tragedy, we dug into the data, analysing the weekly number of deaths over the past eight months and comparing them to the 2015-2019 five-year average.

Read More: Tragic Truth behind COVID Vaccines: 50k Brits have Died Suddenly in 8 Months due to Vaccination causing a 5-Month Countdown to Death