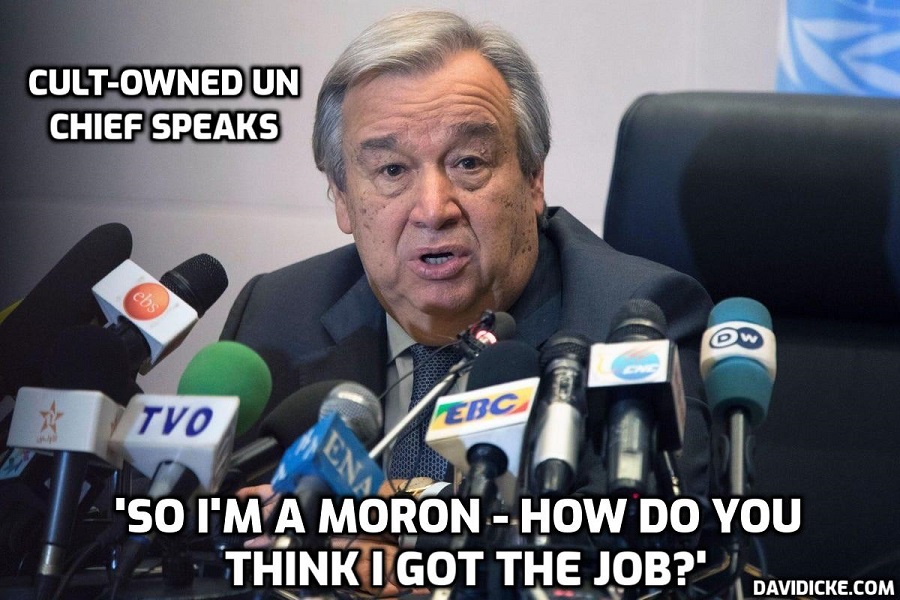 Last September, the United Nations Secretary-General António Guterres claimed climate, weather and water-related disasters had increased by 500% over the last 50 years. According to the political and environmental science writer Professor Roger Pielke this is “pure misinformation“. He goes on to suggest that “you will never find a more obvious and egregious wrong claim in public discussions from a more important institution”. Matters were made even worse, in Pielke’s view, because the false notion was “legitimised” by none other than the World Meteorological Organisation (WMO), one of the founding bodies of the Intergovernmental Panel on Climate Change. 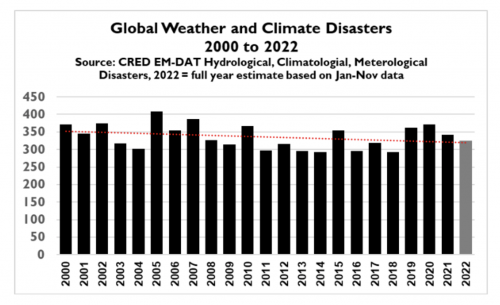 Pielke refers to the graph above based on figures from CRED EM-DAT, the same database the WMO and Guterres based their false claim on. Of course 2022 is not fully complete, but total disasters will be around the 330 mark, and this will be similar to the average for the last decade. Compared with the 2000s, the numbers are about 10% lower.

Based on these data, said by CRED to be reliable since 2000, Pielke notes there is no evidence that the number of global and climate disasters is increasing. “That means that – undeniably – there is no evidence to support another false claim by the UN that, ‘The number of disaster events is projected to reach 560 a year – or 1.5 each day, statistically speaking – by 2030’.”