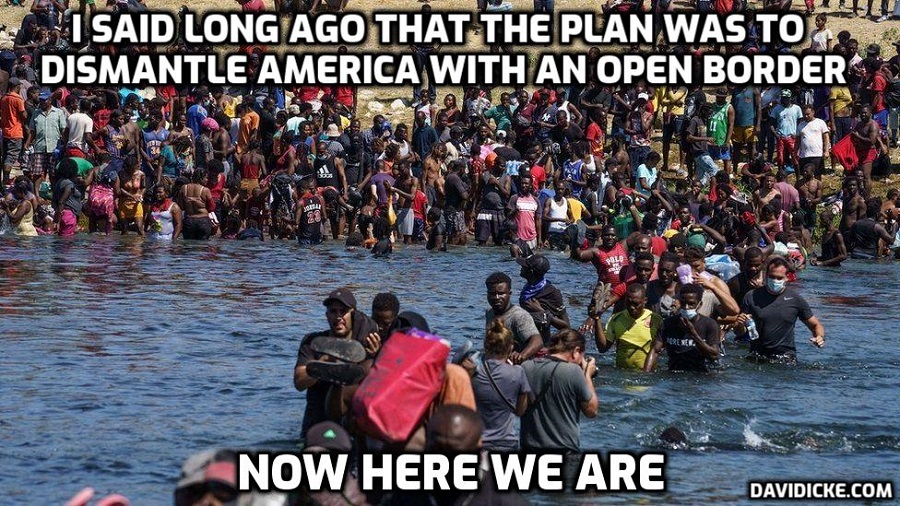 The Supreme Court on Monday delayed lifting Title 42 for 24 hours after Republicans lobbied to keep the pandemic-era border policy in place.

Conservative Chief Justice John Roberts gave the Biden administration until 5:00 p.m. on Tuesday to respond to the stay – just hours before the policy is set to expire under current orders.

The Department of Homeland Security (DHS), which oversees all border and immigration operations, responded to the order by insisting that Title 42 will remain in effect during the time outlined by the Supreme Court and ‘individuals who attempt to enter the United States unlawfully will continue to be expelled to Mexico.’

The agency noted that it will continue ‘preparation to manage the border’ once the public health order is lifted and ‘urged Congress to use this time to provide the funds we have requested for border security and management.’

Title 42, invoked by Donald Trump at the onset of the pandemic in March 2020, allows border and immigration enforcement officials to force new migrants to turn back after illegally crossing into the U.S. without carrying out the usual asylum procedures.

Used for the first time since 1929, Trump said invoking Title 42 was meant to stop the spread of COVID from coming over the southern border – but an additional benefit for border communities is that it also served to decrease the numbers of people attempting to cross into the U.S. illegally over the last nearly three years.

The Biden administration has for 10 months been trying to lift Title 42, but has been repeatedly blocked by the courts.

On Monday, Chief Justice Roberts again stopped the rescinding of the policy, which had been due to end shortly before midnight on Tuesday.

Roberts, responding to a Republican request for the law to remain in place, said more time was needed, and gave the Biden administration just one day to file their response.