Former SAGE member Jeremy Farrar, one of the most influential pro-lockdown advisors in the United Kingdom and considered by some to be akin to the UK’s Anthony Fauci, has been given a major promotion to become Chief Scientist at the World Health Organization, one of the most powerful positions at the WHO alongside its director Tedros Adhanom Ghebreyesus. Farrar is currently director of the Wellcome Trust, one of the world’s most influential nonprofits and largest investors in vaccines, with countless billions in offshore funding and close ties to the Gates Foundation.

Farrar is the second former SAGE member who has been rewarded by the WHO with a major promotion for advising the UK Government to enact lockdowns that were as long and strict as possible in 2020, the first being 40-year British Communist Party member Susan Michie, a behavioural psychologist with no background in epidemiology or infectious disease who earlier this year was promoted to lead the WHO’s nudge unit.

Shortly after Xi Jinping enacted the strictest lockdown in history in Wuhan, China, and long before that lockdown produced any results, Farrar echoed his new boss, Tedros, in praising China for “setting a new standard for outbreak response.” 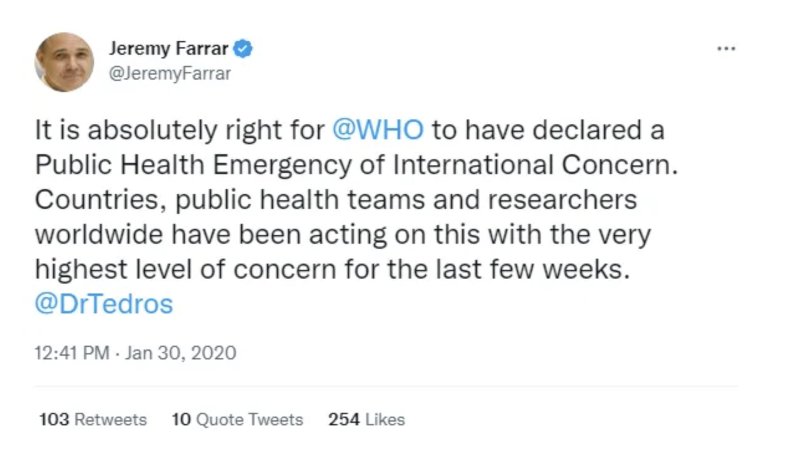