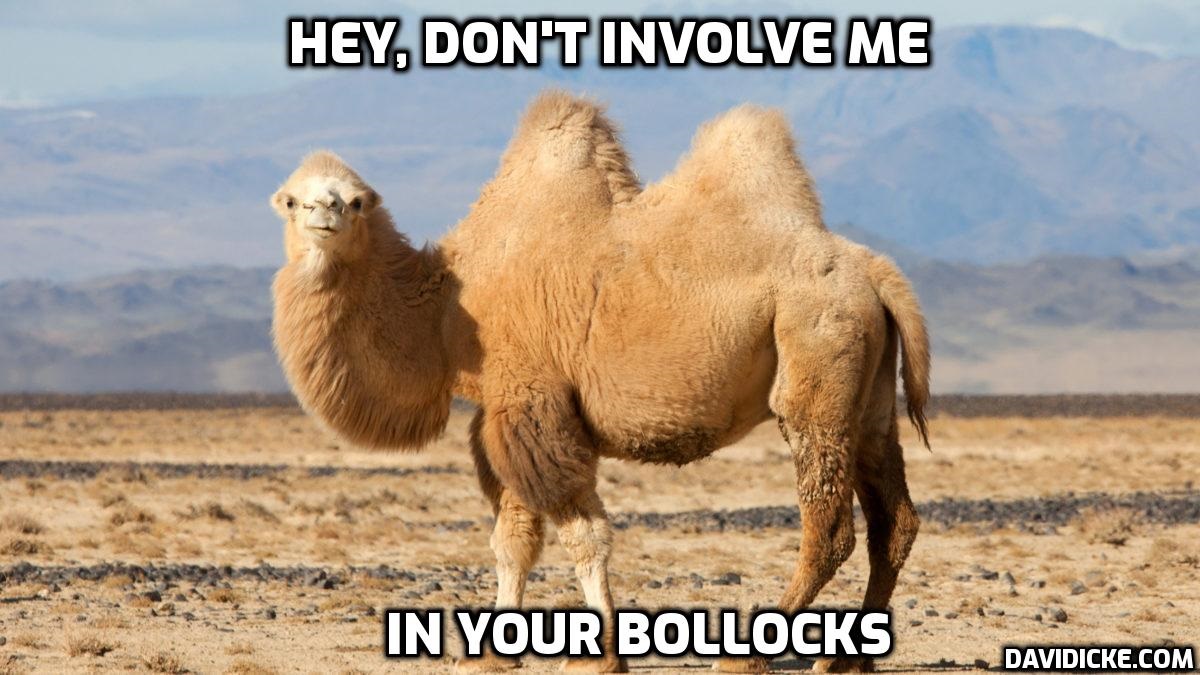 The Daily Mail published an article last week entitled ‘Experts warn of World Cup ‘camel flu’ – which kills up to a THIRD of everyone it strikes – as England fans make their way home from Qatar’. Like most media stories, it is 99% rubbish mixed in with just a soupcon of how you goin’.

But the sad thing is, there will be some people out there who will be sucked in and end up believing these obvious lies. Some may even now be clamouring for a vaccine for camel flu. After all, monkeypox made some of them go bananas (couldn’t help it, I really couldn’t) so camel flu could have them spitting chips!

The symptoms include coughing, fever and vomiting – signs that are so non-specific as to be capable of striking fear into the hearts of anyone who watches more than 15 minutes of corporate television per week. Run for the hills – the sky is falling!

According to the article:

Mers can be acquired from close contact with camels or from consuming camel products eg, unpasteurised camel milk.

Darn, I just had coffee the other day and unwittingly used unpasteurised camel milk in it! I’d plain run out of the cow kind and it was the only other thing available. I couldn’t possibly drink it black, after all!

According to the brave unnamed experts in this article, MERS which was first described in 2012 (where was it before?) is really deadly with over 1/3 of those who contract it reported to have died as a result.

There was no reference for this statement and the use of weasel words such as “reported to” and “Around 35 per cent of those who get MERS die as a result” make me question whether or not these statements are true.

There has been a total of 5 (FIVE) cases of MERS reported in the UK since 2012. And none of them died. So where do they get this from?

If you get no thrill from champagne but fear of non-existent viruses floats your boat, then please don’t let me stop you. Go for the panic! Stay home and flatten the curve. Knock yourself out!

But excuse me for saying that this is just the government starting to panic because the last scamdemic is burning out and they are losing control. They LOVE control – so they are trying to find a way to get it back.

Read More: Camel flu is killing a third of the people it infects – you know that’s true because corporate media said so!