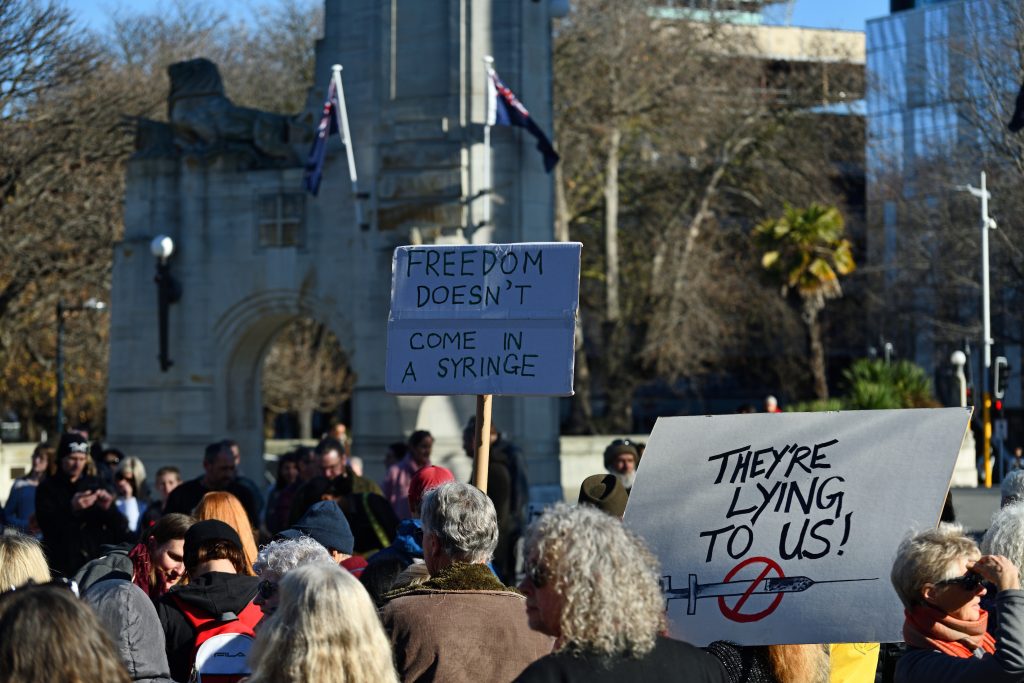 Friends and family members who question Covid-19 mandates, including mandatory vaccines, should be reported to authorities as potential “terrorists,” the New Zealand government says.

The New Zealand Security Intelligence Service put out a bulletin stating that anyone with dissident political views has been “radicalized” and asks the public to report their friends and family members if they question government narratives.

“So it could be the Covid measures the government took, or it could be other policies that are interpreted as infringing on rights, and it’s sometimes what I describe as a ‘hot mess’ of ideologies and beliefs fueled by ‘conspiracy theories,’” intelligence chief Rebecca Kitteridge told media.