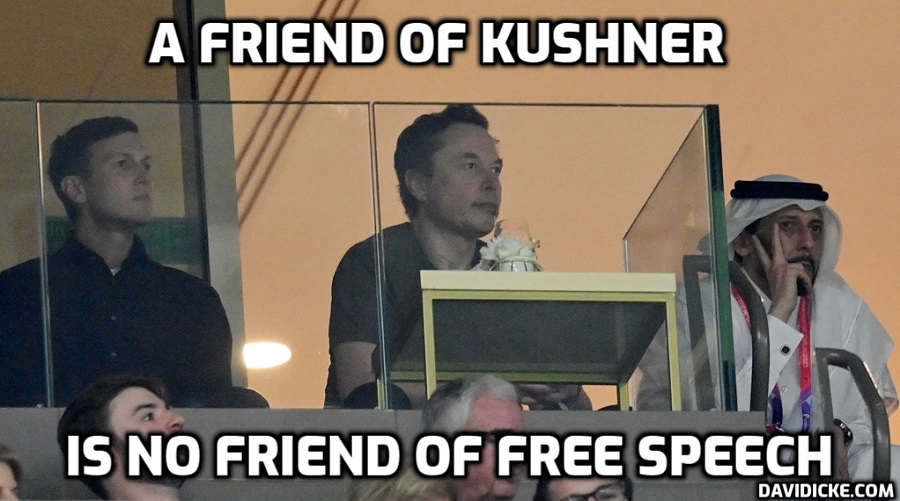 Elon Musk has been snapped pulling up to the Lusail City Stadium in Qatar to witness the hotly-antipated World Cup final between defending champions France and Argentina.

The Twitter CEO, who attended the final alongside former US presidential advisor and Donald Trump’s son-in-law Jared Kushner, posted a video from the stands moments before kick-off showing the impressive pyrotechnic display that followed the closing ceremony.  Twitter users poked at Musk for revealing his whereabouts just days after he temporarily suspended the accounts of several journalists for ‘doxxing’ him.

The Twitter owner on Thursday banned journalists from CNN, Washington Post, New York Times and other outlets after they reported on his decision to block an account charting his private jet use – though the accounts were immediately restored on Friday evening. Musk had said the journalists doxxed him by revealing his private information; the journalists insisted that they had not published his address or location.