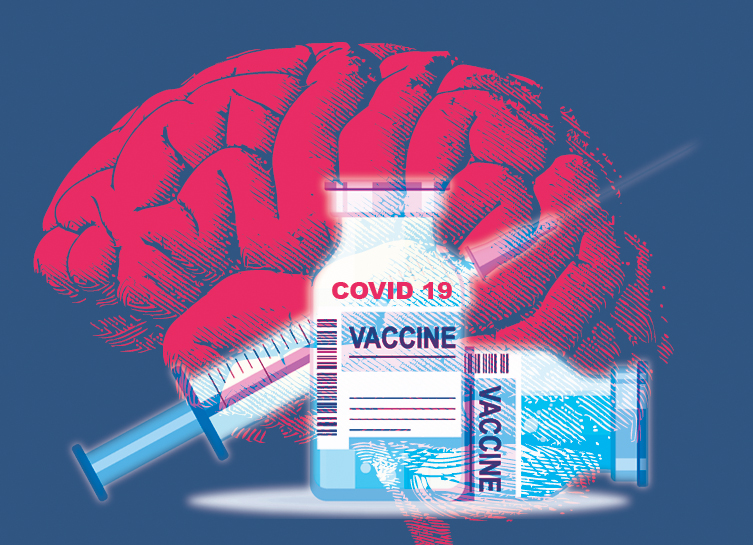 A year ago, on 13th December 2021, I explained why I feared that those had received the covid-19 jab might suffer brain damage. That fear was real. I now believe that many of those who have been jabbed with the toxic covid-19 junk are brain damaged. I believe their brain damage explains their seemingly bizarre behaviour.

It has been established that there is much that no one yet knows about the covid-19 jabs. The eagerness of the Medicines and Healthcare Products Regulatory Agency in the UK to licence a product about which information appeared to be lacking has never been adequately explained. We do know however that, as I was the first to reveal, the MHRA received a huge sum of money from the Bill and Melinda Gates Foundation – which has financial links with jab producers such as Pfizer. As far as the effect on the brain is concerned the big question is, can the lipid nanoparticles carry the mRNA jab across the blood brain barrier?

The blood brain barrier is a semi permeable barrier of cells which prevent some substances in the blood from crossing into the protective fluid around the central nervous system. It is vital to know if this happens because if it does then all bets are off as to what might happen to the brain. And after all, liquid nanoparticles are already used to deliver other drugs across the blood brain barrier. If the LNPs carry the mRNA jab into the brain then the neurons, the brain cells, might be marked as foreign by the body’s immune system. And as more booster jabs are given the problem will get worse.