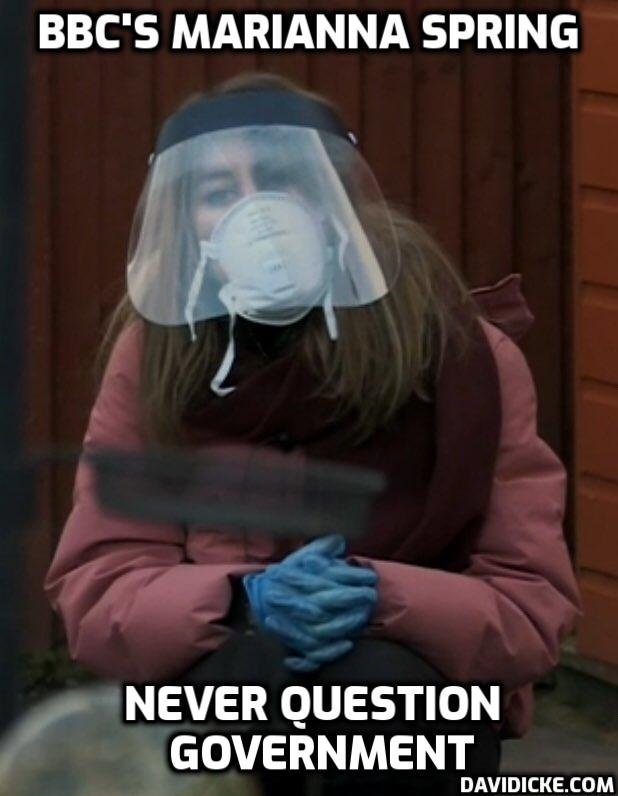 Fred Skulthorp has written an excellent piece in the Critic about Marianna Spring, the BBC’s ‘Disinformation Reporter’, pointing out that at least one colleague of hers has reservations about her reporting. Here’s how it begins: Last Wednesday morning, the German police announced to the world they had foiled a far-right plot to take over the country. The apparent leader of the coup, a minor Aristocrat called Heinrich XIII, was arrested alongside 25 others including a celebrity chef.

That night Marianna Spring, the BBC’s ‘Disinformation Reporter’, took to News at Ten to tell the nation:

Whilst this group predates the pandemic, its audacious plot and its commitment to it perhaps goes hand in hand with the rise of disinformation about Covid-19 and the violent rhetoric that has accompanied that … The legacy [of the pandemic] and the conspiracy legacy that it leaves remains, and it can embolden these fringe groups in a way that just didn’t happen before and that’s really quite frightening.

The COVID-19 disinformation angle was a curious one in a story that has since emerged to be far more complex. Indeed, in deploying Marianna as the lead correspondent on the story, the BBC appeared to be the only ones especially keen to push it.

Read more: Questions Are Being Asked About the BBC’s ‘Disinformation Reporter’ – and so they should be. She’s a disinforming, arse-licking propagandist always pushing the official narrative for her masters and how many lives have her lies cost since the ‘Covid’ hoax began?