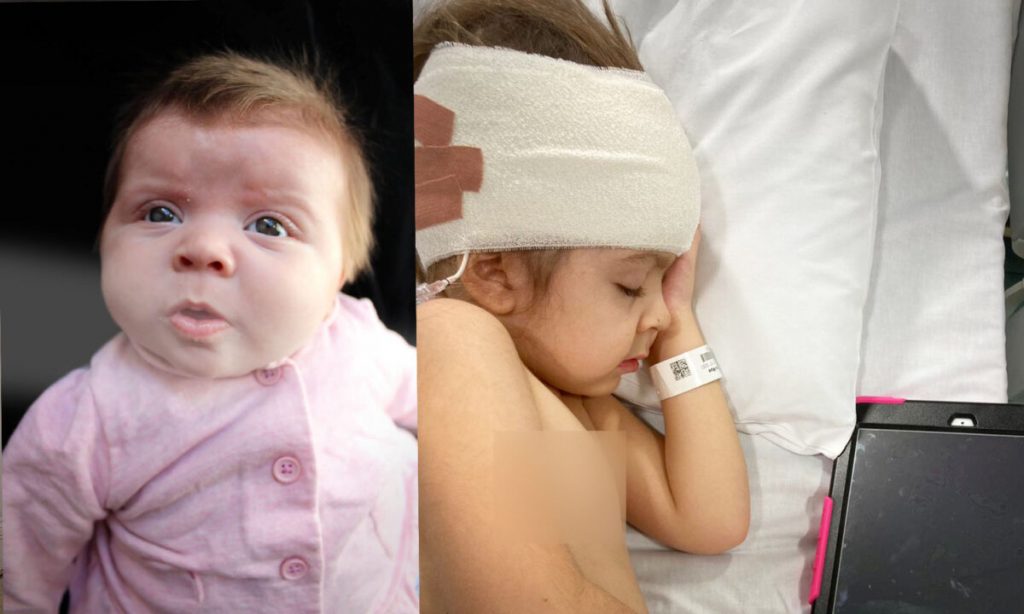 A blind girl has baffled doctors after she regained her sight and “cured herself” of a usually life-long brain condition. Evie-Mae Geurts was registered blind at just a few months old, and when her head started to swell some months later, her mom Amy, 28, demanded answers.

Doctors discovered she had hydrocephalus—the build-up of fluid in the ventricles deep within the brain—at just eight months old. The pressure inside her head was 32 times the normal level, and doctors warned while they could help relieve the pain and build-up, the damage to her brain was done. The continued pressure meant her sight was gone forever, and she’d likely never learn to walk and talk, her mom says doctors claimed. She had a series of brain operations—including shunts fitted and needles prodded through her skull.