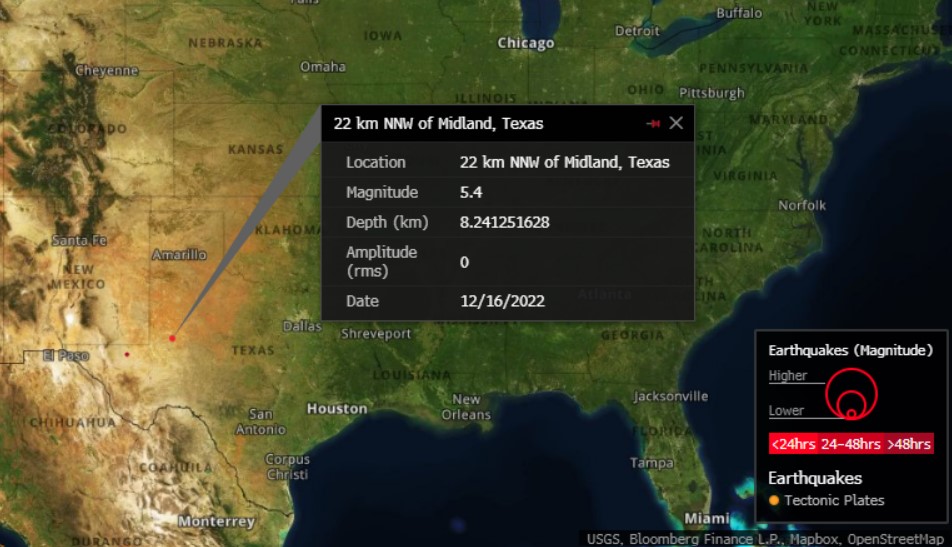 A magnitude 5.4 earthquake rattled parts of the Permian basin on Friday. The area is the largest oil-producing region in the US, located in West Texas — and has more fracking operations than anywhere in the world.

The US Geological Survey said the quake struck northwest of Midland around 5:35 pm local time; and three minutes later, a tremor of magnitude 3.3 followed.

It’s the second time in 30 days that a sizeable quake has hit the West Texas region. The last was Nov. 16, when a 5.3-magnitude earthquake hit the area.