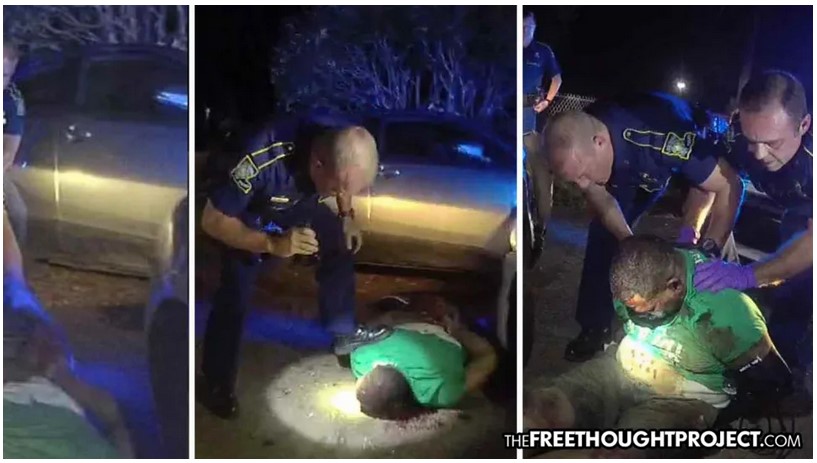 Union Parish, LA — The family of Ronald Greene as well as the public at large were all told a tragic but utterly false story about this 49-year-old Louisiana man’s last moments alive. According to officials, Greene died after his car crashed into a “tree/shrub” just outside Monroe on May 10, 2019. However, we have since learned everything they were told was a lie after body camera video surfaced and painted an entirely different picture. Greene’s death was not a result of the crash and the department engaged in a coverup.

Now, more than three years after his death, five cops were charged in connection to the horrifying torture they doled out on the side of a dark Louisiana highway. “They need to be held accountable,” Mona Hardin, Greene’s mother, told reporters on Thursday after the charges were announced. “Because if not, you’re condoning the killing of Ronald Greene. You’re OK with my son being murdered if you just give a slap on the wrist.”