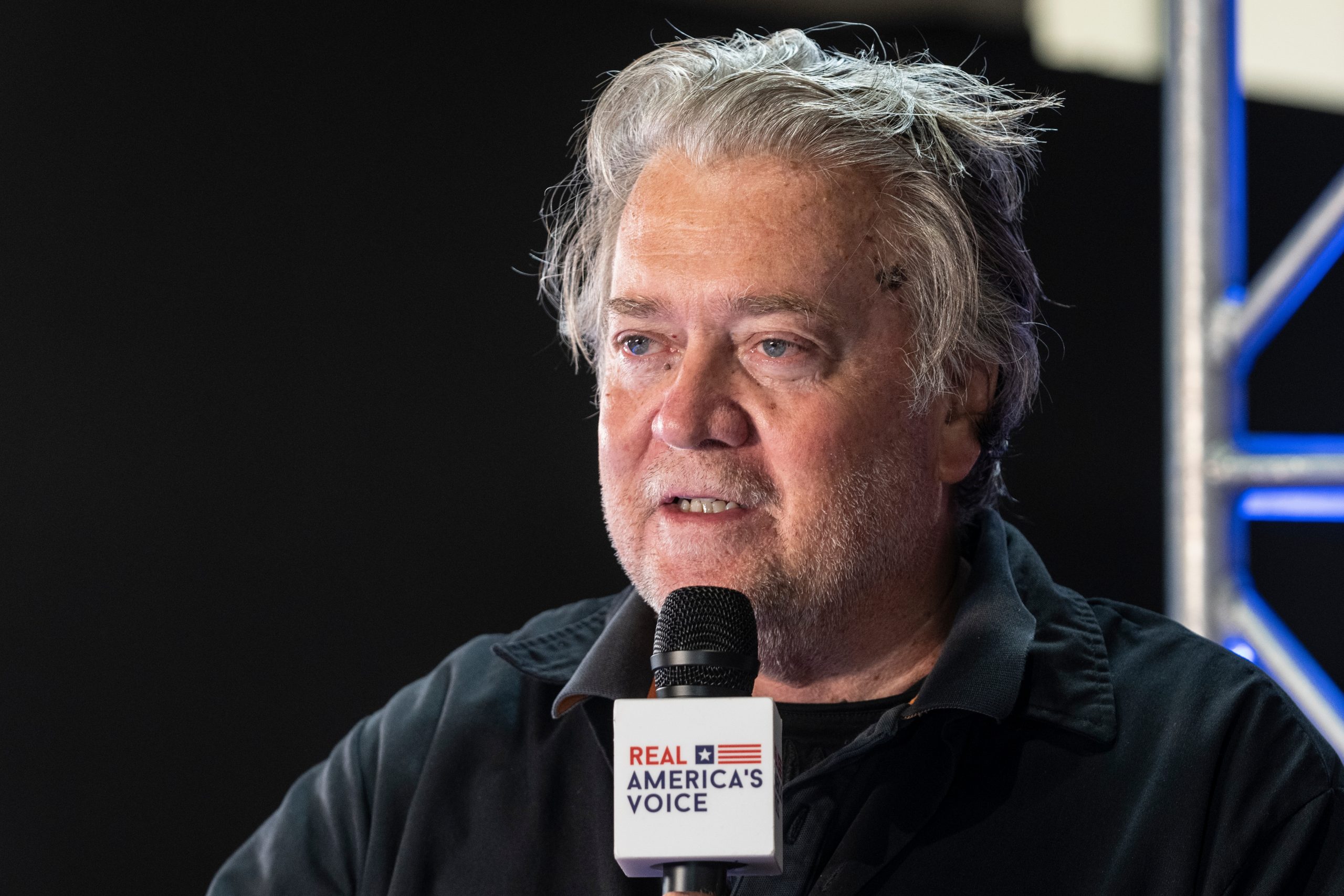 One of Donald Trump’s most loyal allies Steve Bannon shared his utter disbelief that the former president’s ‘major announcement’ turned out to be a line of $99 digital trading cards – and has called for whoever came up with the idea to be fired.

The former White House Chief Strategist said Thursday: ‘I can’t do this anymore. He’s one of the greatest presidents in history, but I gotta tell you: whoever – what business partner and anybody on the comms team and anybody at Mar-a-Lago – and I love the folks down there – but we’re at war. They oughta be fired today.’

Bannon, who in October was sentenced to four months in prison following his conviction on contempt of Congress charges, reacted to the anticlimactic reveal with exasperation on Right Side Broadcasting Network.

He admitted he still considers Trump one of America’s greatest presidents, but the digital trading cards were a step too far as he tries to kickstart his 2024 campaign.

Trump has been dropping in Republican polls behind Ron DeSantis, is facing a string of legal problems and is still dealing with the fallout from his Mar-a-Lago dinner with Kanye West and Nick Fuentes.

He commented that ‘you will not find three harder cores’ than he and his two co-hosts, with Bannon – who continues to support Trump – expressing that the NFTs made him look like he’s not taking the run seriously.

The former Breitbart News chairman remains out of prison on appeal after he was sentenced for his defiance of a congressional subpoena from the House January 6th committee.

Gorka shook his head and agreed with Bannon’s comments.

‘Whoever wrote that, that pitch, should be fired,’ Gorka said. ‘And should never be involved in any … I don’t want them making the presidential napkins for Mar-a-Lago … anybody who came up with that.’