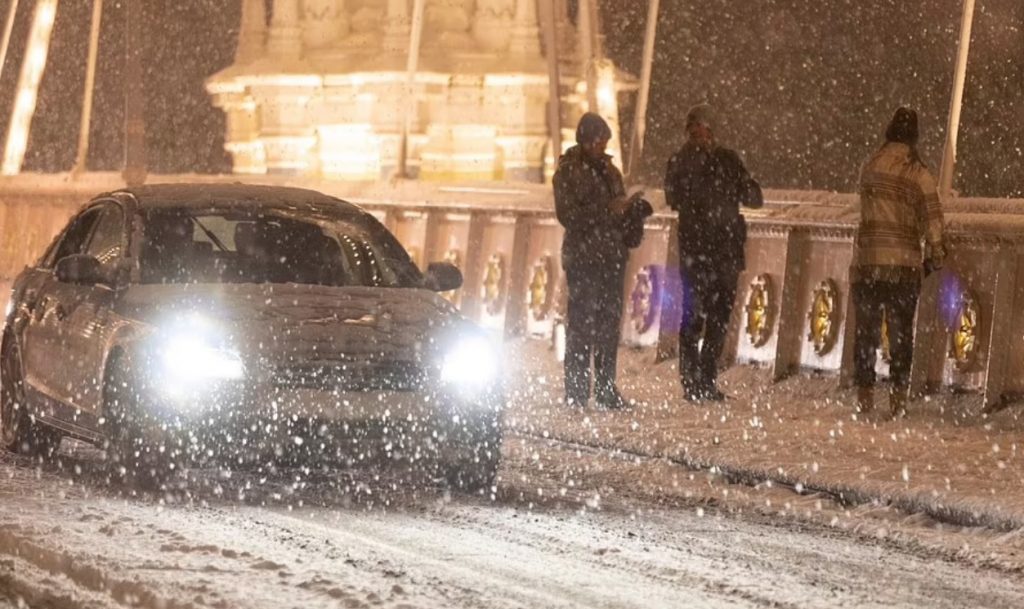 Disgruntled drivers sat in standstill traffic on the M25 for hours while Gatwick and Stansted Airports were forced to close their runways last night after heavy snow caused travel chaos in parts of the UK.

More travel woes are expected during rush hour today, as people have been told not to travel unless absolutely necessary.

The Met Office has issued seven weather warnings across the country, with London and the South East under yellow alert for snow and ice following heavy snowfall last night, with one meteorologist from the service admitting more had fallen that originally forecast.

Read more: Global warming strikes Britain: Arctic blast brings parts of UK to a standstill: M25 traffic is brought to grinding halt while Gatwick and Stansted airports CLOSE runways due to heavy snow with more travel chaos expected today as Met Office admits there is ‘a bit more than we thought’