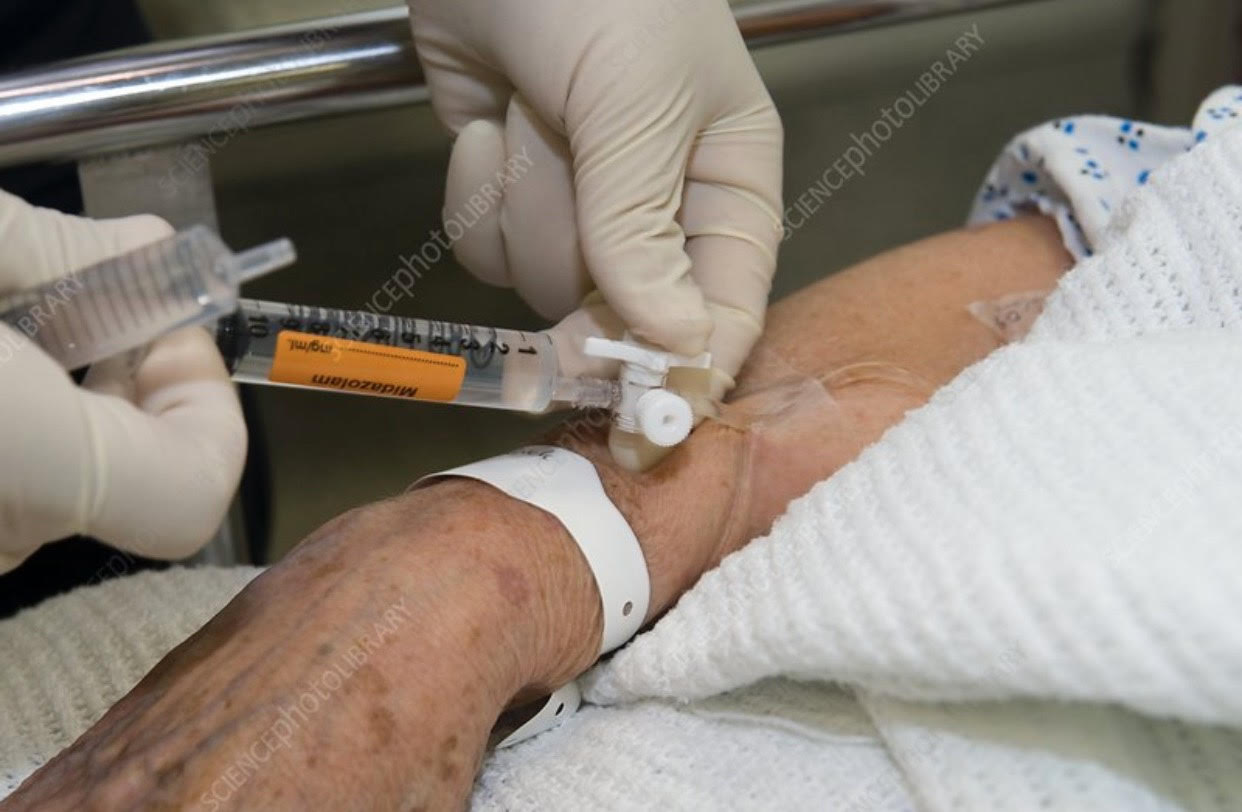 After Elena Vlaica’s 54-year-old husband Stuart was euthanised a year ago in hospital after being put on a barbaric end of life ‘care’ pathway, he was given further doses of killer drugs for two days after he died. Elena shared her story …
By Jacqui Deevoy
“My Stuart went into hospital on October 26th 2021 with shortness of breath and a suspected chest infection. Because of the Covid rules, I wasn’t allowed to visit.
I found out later, he’d had a DNR [Do Not Resuscitate Order]  put on him (the reason given for that in his notes – which I managed to get with the help of a solicitor – was that he possibly had Covid and was unvaccinated); he’d also been put on midazolam and morphine without my or his consent. (I only discovered this later, when I saw his notes, and also found out that he’d been put on ‘fast track end of life care’, which was introduced at the start of the pandemic and allowed a consultant to decide whether a patient lives or dies.) His regular meds – blur pressure tablets and antidepressants – were withdrawn and he started having side-effects.
He developed flu-like symptoms – very common with sudden antidepressant withdrawal – and he became anxious because he couldn’t breathe due to his lungs being full of fluid. So they gave him more midazolam and morphine, which – not surprisingly, as those two drugs used together suppress respiration – made him worse.
Over the course of 11 days, they gave him 100mgs of midazolam. I also found out that he was starved for 11 days. He wasn’t even given water during that time.
When I eventually got to see him – I was called in on November 6th because I was told he was dying – he was naked in the bed. Staff said that, because he’d tried to escape four times, they cut off his clothes and catheterised him. Stuart was a big man – 120 kgs – and, according to hospital records, it took four people to pin him down. All this to stop him running away. When I arrived at his bedside on November 6th, although he was heavily sedated, I know that he knew I was there. When I kissed him, I saw his blood pressure and heart rate improving on the sats monitor. I’m a trained nurse so could easily see this. When I mentioned this to the junior doctor, she walked across the room and switched off the monitor. At that moment, a nurse appeared with five 10ml syringes on a blue tray. She pushed two of them into Stuart’s canula, he took three breaths, then died in my arms. I cried out ‘she killed him!’ and started to cry. She killed my Stuart. I don’t remember getting home.
It was only after I got hold of his notes that I discovered the full horror of what Stuart had endured. One of the strangest and most shocking things though was the fact that he’d been medicated AFTER he’d been euthanised. He died on November 6th but was given more morphine and Midazolam on the 7th and 8th. I have the paperwork. What does it mean? To me, it looks as if someone was absolutely making sure he was dead. But I don’t know. Any other reasons are unthinkable.
I reported it to the police and to the hospital. They had meetings behind my back and decided that in the 11 days Stuart was in hospital, he’d ‘received outstanding care’. They refused to address any of my other concerns. So I still have no idea why they’d give medication to a dead man. In some ways, I don’t want to think about it but in other ways I know, to get justice for Stuart, I have to find out.”
Elena Vlaica appears in upcoming documentary ‘Playing God’, produced by Jacqui Deevoy and Trailblazer Films. Please support the project here:
https://www.crowdfunder.co.uk/p/playing-god