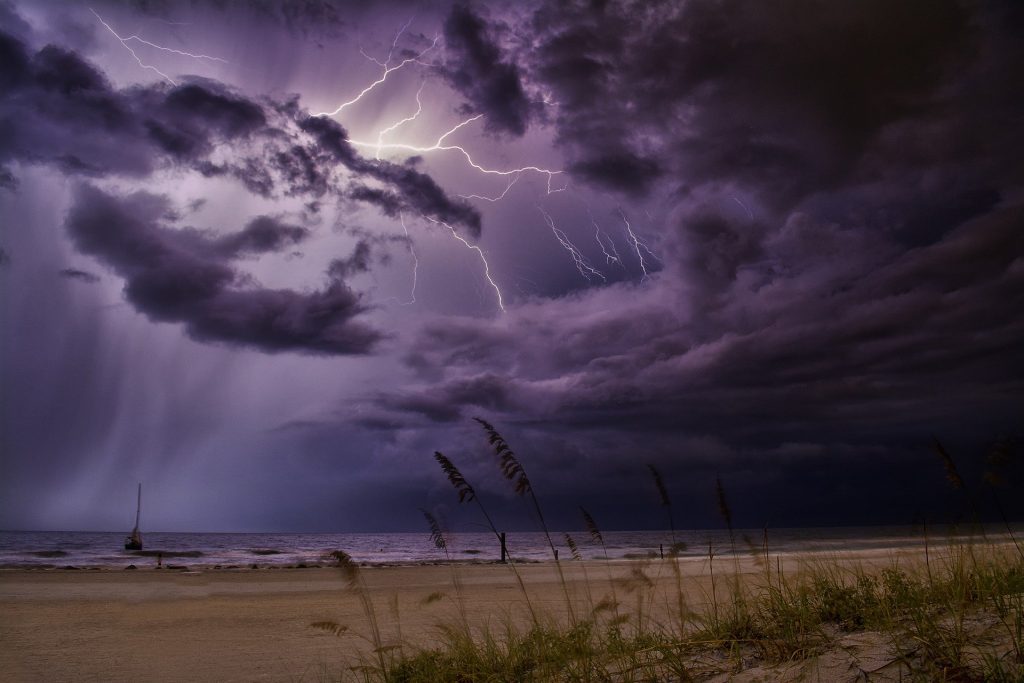 More details are emerging about an astonishing drop in cyclonic storm energy across the northern hemisphere during 2022. The latest calculations from Colorado State University show a 33% below-trend fall in its Accumulated Cyclone Energy (ACE) index, which reflects frequency, intensity and duration of all hurricane and tropical cyclone data. Curiously, this crucial fact seems to have gone missing in much of the mainstream media’s half-hearted commentary on a ‘below average’ North Atlantic hurricane season. Describing what it calls a “unique” and “near average” season, BBC Weather Simon King failed to even mention the enormous drop in cyclonic energy. In September, the BBC “Reality Check” was running the party line that evidence showed hurricanes were “getting more powerful”. 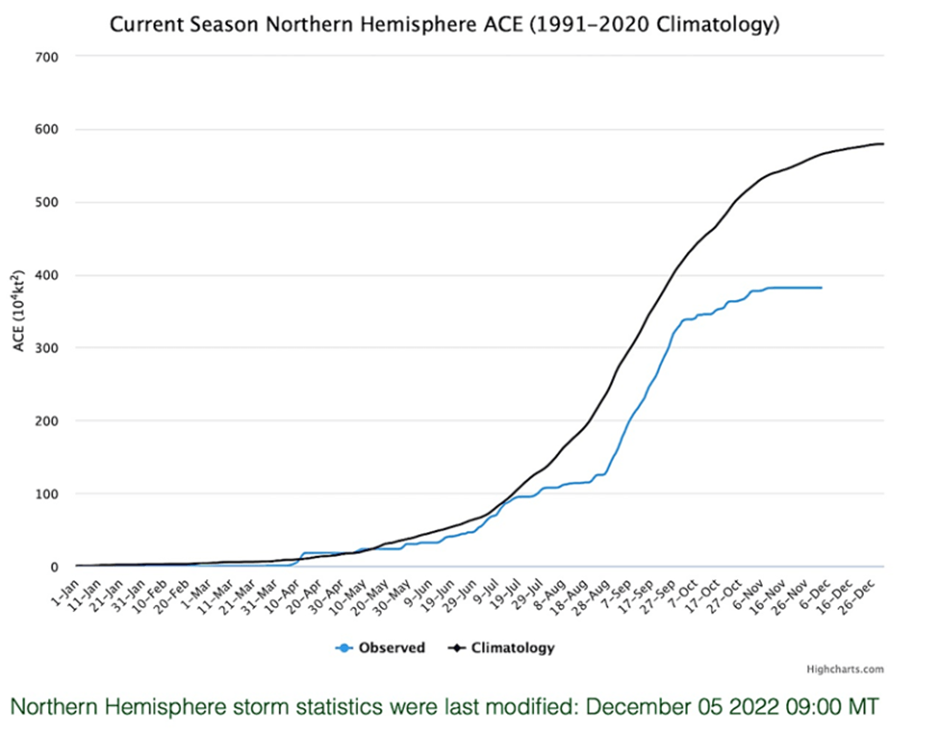 The slowdown in the scale of 2022 cyclonic energy compared with the 30-year trend (black line) is clearly shown in the graph above compiled by Colorado State. The northern hemisphere data include the North Atlantic, Northeast Pacific, Northwest Pacific and North Indian Ocean. The university researchers calculate that the ACE reduction for the North Atlantic alone was 22%. This of course is just one year, and will be dismissed by climate alarmists as a blip. Let us therefore look at the 50-year ACE record. 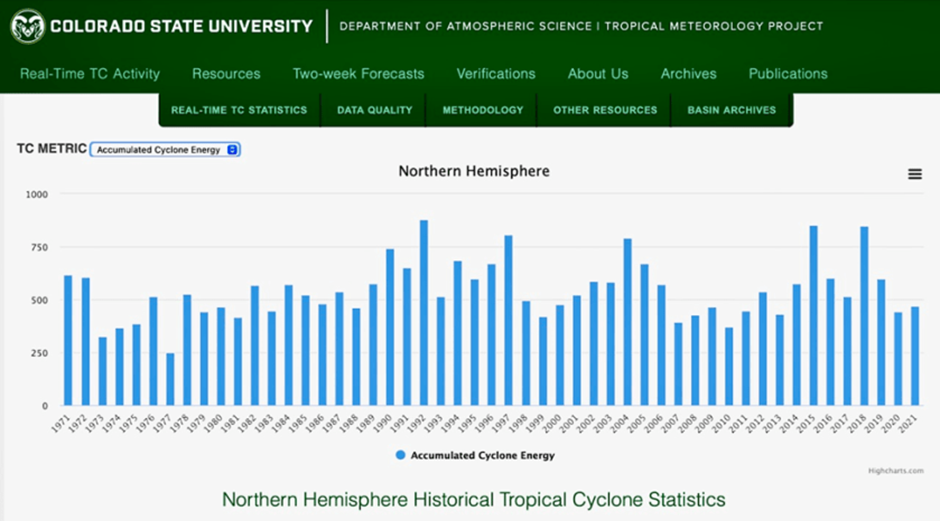