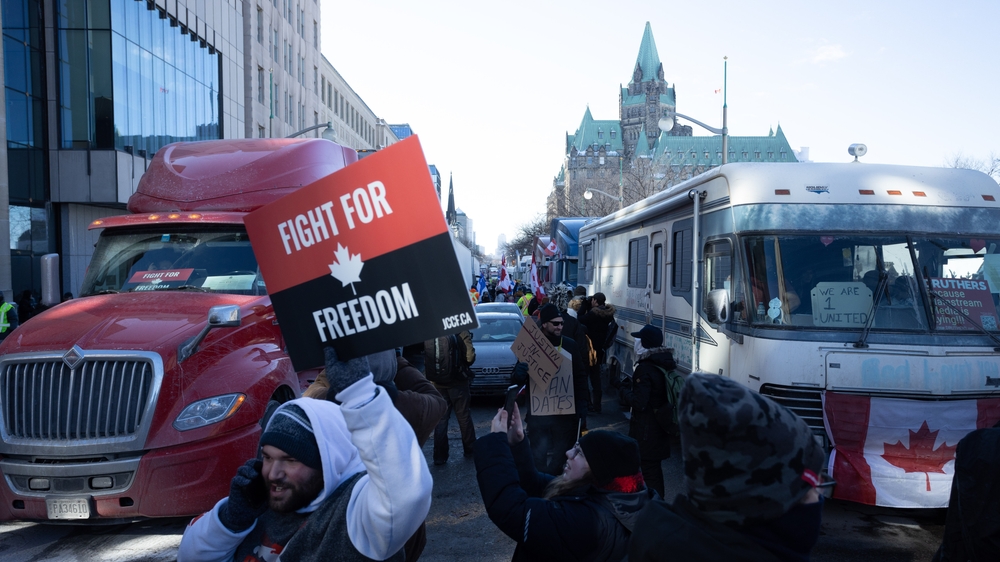 The OPC seems to be exploiting residents of Ottawa to seize the millions of dollars Canadians donated to the Truckers Freedom Convoy.

A government-linked Ottawa-based group, Ottawa People’s Commission on the Convoy Occupation (OPC), launched a public commission into the effects of Canada’s ‘Freedom Convoy’ protest in downtown Ottawa last winter. The globalist-led group claims to want “to address resident’s trauma and losses” due to the convoy. However, they seem to be exploiting residents of Ottawa in order to seize the millions of dollars Canadians donated to the Truckers Freedom Convoy.

RAIR Foundation USA has produced a short documentary that displays some of the OPC’s dirty tactics and the deceptions used to discredit the Freedom Convoy for their own financial gain.

On January 29, 2022, the truckers’ protest known as Freedom Convoy 2022 swept into Canada’s capital Ottawa. It made headlines worldwide before being crushed on February 18 by Prime Minister Trudeau’s militarized police, following his invocation of the Emergencies Act on February 14. The Freedom Convoy, which consisted of thousands of trucks (and supporters of the truckers) across Canada, was a protest against the federal government’s mandate that all US-Canada cross-border truckers had to be vaccinated against Covid. It was also a protest against the lockdowns and mask mandates imposed by the government and against its overreach, justified as pandemic measures in general.

In the aftermath of the Freedom Convoy, Canadians have been divided on whether the trucker’s protest was a legitimate rebellion against government tyranny or an “occupation” that terrorized residents of downtown Ottawa who were forced to endure diesel fumes and endless honking.