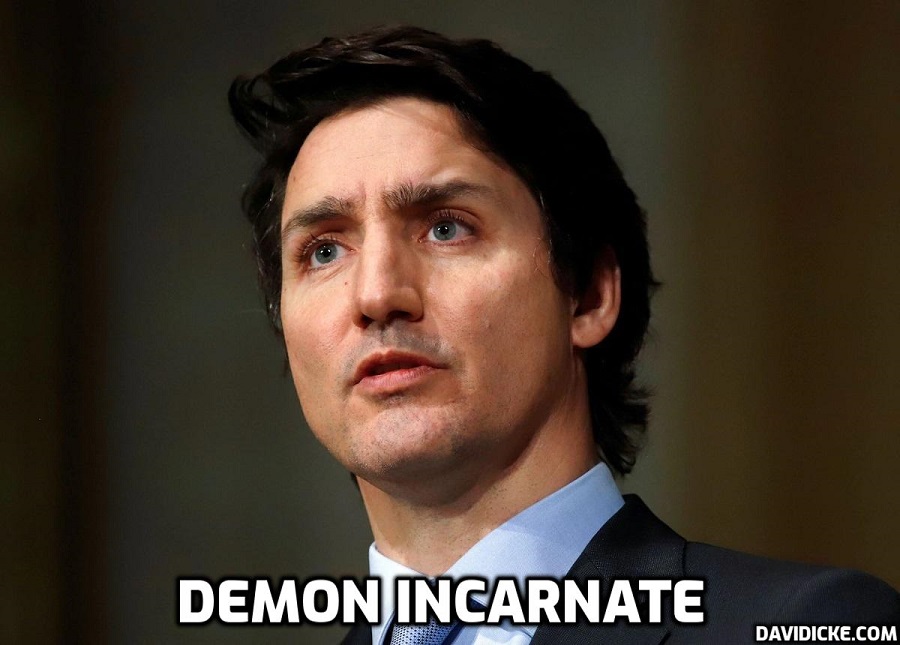 Canada used to be a serious country and a fine place to live and raise a family. Canadians fought valiantly in both World Wars, manned peacekeeping missions and have welcomed refugees, including my own grandparents, from war-torn lands with open arms and warm hearts.

Its high taxes have been the foundational stone of a generous social welfare system, a universal socialized medical system, relatively good public schools and public universities among other social programs. As a G7 nation, it has long held a place at the table of the world’s most formidable countries.

That country no longer exists. Canada is in indisputable moral and economic decline.

Canadian Prime Minister Justin Trudeau is petulant, tyrannical, and anti-liberty in personality and policy. His anti-freedom stances, and his unapologetic admiration of murderous dictatorships such as China and their “basic dictatorship” have set the tone and pace of the decline.

His ridiculous and cringe-worthy embrace of esoteric pet causes, playing dress-up on the world stage, his history of wearing black face, and channeling a drunken lounge lizard while on an official state visit to England to mourn the death of Queen Elizabeth are just part of his truly imbecilic, infantile highlight reel.

His demonizing and crushing of the Canadian truckers’ convoy and invoking the Emergency Measures Act against Canadian citizens for daring to dissent with his Corona tyranny, in conjunction with his ridiculous performance on the world stage are all signs of shamelessness, decadence, and deep moral decay.

And now that rot, that anti-human aimlessness, has seamlessly converged into a comprehensive, nihilistic, and sinister new phase. The promotion and glorification of the Culture of Death is Canada’s modus vivendi.

Canada, as personified by Prime Minister Trudeau, and under his watch, has actually enthusiastically embraced democide in the form of the euphemistically characterized “MAiD”-Medical Assistance in Dying. This highly feted and celebrated federal murder program is both the figurative and literal nail in the coffin of a once great nation and its most vulnerable citizens. The deceptive Canadian “Dying With Dignity Organization” spells this out in plain language:

“As of March 17, 2021, when Bill C-7 received Royal Assent, the law no longer requires a person’s natural death to be reasonably foreseeable to access medical assistance in dying (MAID).”