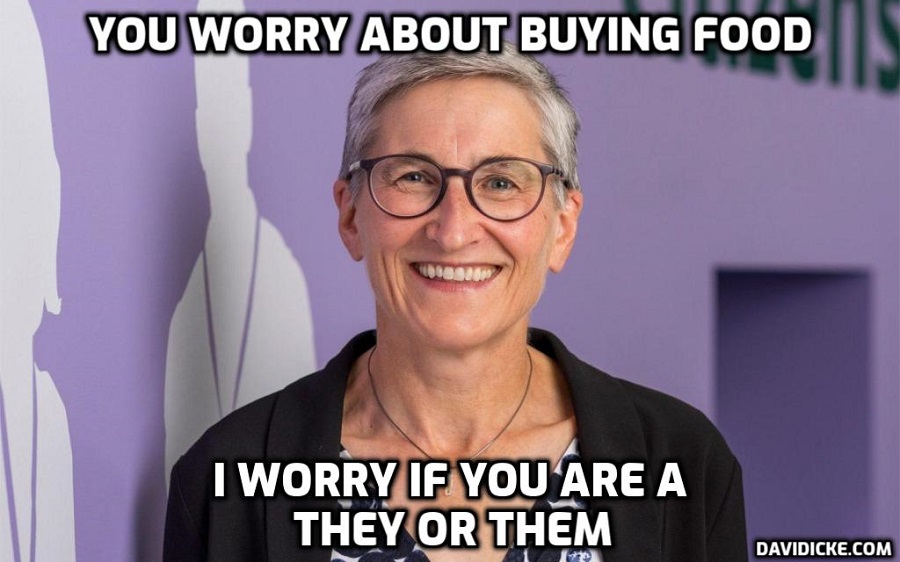 The national charity, which has had £290 million of taxpayer cash in the last two years, is being relied upon for debt, energy bills and mortgage help during the cost of living crisis. But it is facing a revolt over skewed priorities, after The Telegraph obtained five transgender policy documents – running to 23 pages – that it has rolled out.

Dame Clare Moriarty, its £170,000-a-year chief executive, told all staff last month that pronouns are “an important way of affirming their gender identity” and “we shouldn’t assume someone’s gender based on their appearance”. Her internal memo on Citizens Advice’s intranet, seen by The Telegraph, added: “You can help to normalise sharing pronouns by sharing yours. We’ve created some button badges with different pronouns that can be fastened to a lanyard or your clothing.”