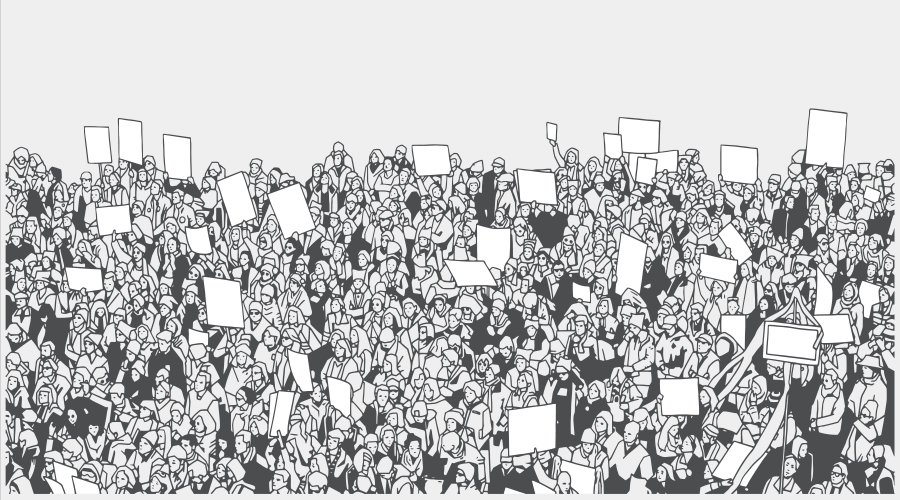 The sound of shouts and smashing glass pierced the air in the southern Chinese city of Guangzhou, as defiant and frustrated protesters clashed with riot police carrying shields.

Hundreds of police, who were seen wearing hazmat suits for the first time, advanced towards protesters before dragging them away to unknown locations.

The violent protests mark some of the most extreme displays of dissent China has seen in more than 30 years. But despite the brutal Beijing crackdown on protesters, demonstrators are still defiantly turning out on the streets and fighting back.

There have been violent protests in China before but these demonstrations, which have extended from Beijing to Shanghai, are different because they are spontaneous, nation-wide and directed at the central government.

The protests mark the most overt threat against Xi’s government and his brutal Communist regime since he took power ten years ago.

Earlier on Tuesday night, locals shopping in a market watched as a steady stream of riot police officers marched in formation through the streets of Guangzhou.

The arrival of hundreds of riot police escalated tensions in the city and footage shows demonstrators throwing glass bottles at the officials in chaotic and violent scenes.

The riot police were seen tightly bunched together, with rows of officers protecting themselves from the onslaught of glass with see-through shields.

In the video, people are heard screaming and shouting in frustration at the brutal crackdown against protesters who are demonstrating against Xi’s zero-Covid policy which has seen millions placed under strict lockdowns for months.

Riot police ruthlessly threw a tear gas canister towards the demonstrators in a narrow street, prompting panic among protesters who tried to run away from the fumes.