China should use coronavirus vaccines produced by Pfizer and Moderna to better protect its citizens and bring an end to its economically-crippling zero-Covid policy, experts have claimed.

Unprecedented protests have swept across the country over a fresh batch of virus-containing rules which have caused disruption for millions.

The restrictions, part of President Xi’s draconian approach, aim to quell the virus’s spread. Cases have doubled in a fortnight to hit a record high, with 40,000 people testing positive every day.

German ministers have urged China to rollout the mRNA vaccines to boost immunity among its population. The nation so far has relied on its own vaccines, which are not as effective as those favoured in the West. 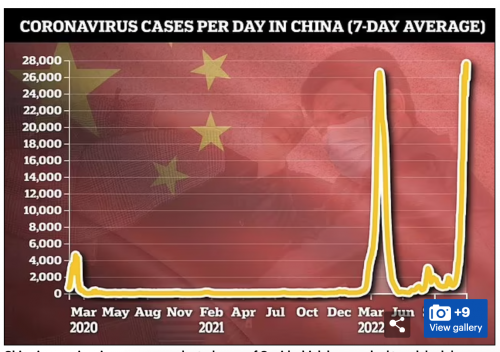 China’s daily Covid infections previously peaked at around 25,000 in April.

But the rate began to shoot upwards one month ago and in recent days hit around 40,000, according to data from the National Health Commission.

Steffen Hebestreit, chief spokesperson for the German Government, suggested China should launch an immunisation campaign that uses the mRNA vaccines developed by Pfizer and Moderna.

Similar roll-outs across the world have allowed nations to ease restrictions and live with the virus — with minimal impact on daily life.

Read More: China is urged to use better Western