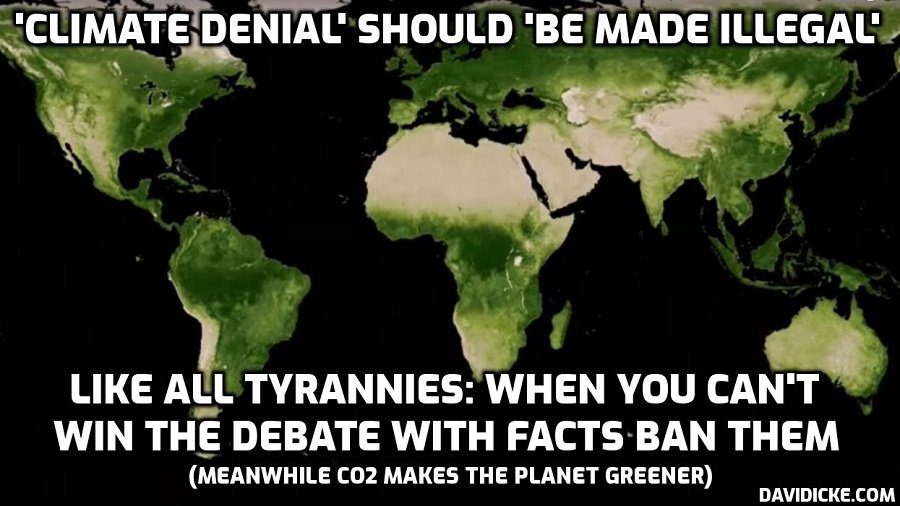 In 2016 a paper was published by 32 authors from 24 institutions in eight countries that analysed satellite data and concluded that there had been a roughly 14% increase in green vegetation over 30 years. The study attributed 70% of this increase to the extra carbon dioxide in the atmosphere. The lead author on the study, Zaichun Zhu of Beijing University, says this is equivalent to adding a new continent of green vegetation twice the size of the mainland United States.

Global greening has affected all ecosystems – from arctic tundra to coral reefs to plankton to tropical rain forests – but shows up most strongly in arid places like the Sahel region of Africa, where desertification has largely now reversed. This is because plants lose less water in the process of absorbing carbon dioxide if the concentration of carbon dioxide is higher. Ecosystems and farms will be less water-stressed at the end of this century than they are today during periods of low rainfall.