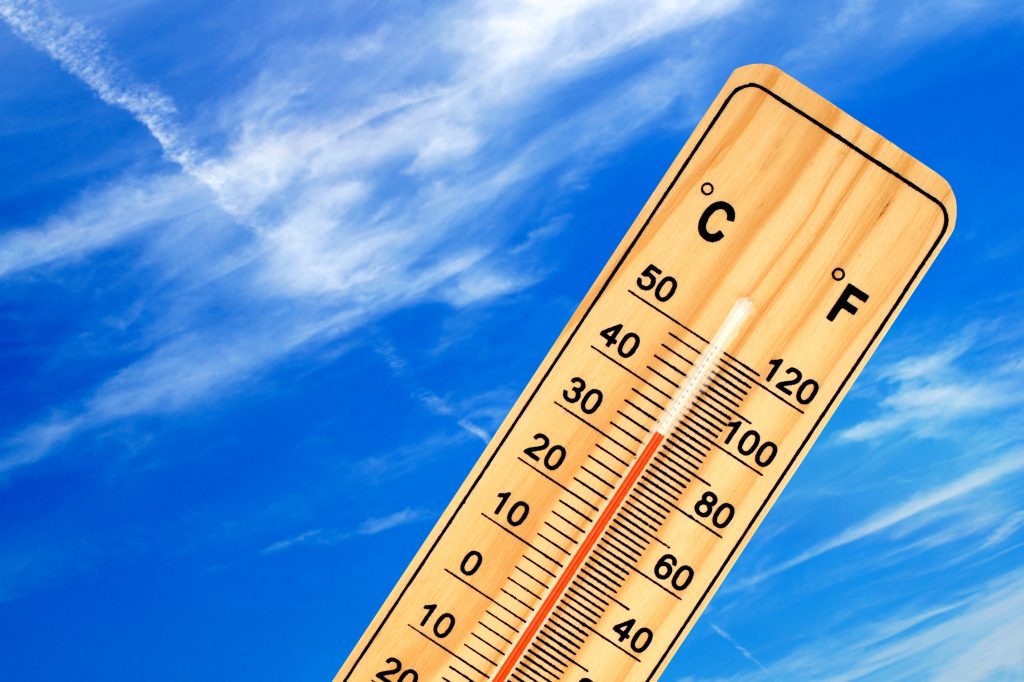 Doubts are rising about the recent U.K. record high temperature, measured by the runway at RAF Coningsby on the afternoon of July 19th. Over six minutes, the temperature jumped suddenly by 1.3°C to 40.3°C at 15.12 (3.12pm), and was 0.6°C lower just a minute later. In just two minutes from 15.10 the rise was 0.6°C. The record was set during a mini-heatwave last summer, and has rarely been out of the headlines promoting climate ‘breakdown’ and the need for a Net Zero solution ever since.

Air temperatures can rise over short periods if weather conditions change – for instance, if the sun appears quickly from behind a large cloud, or the wind direction moves. But July 19th in Coningsby, Lincolnshire, was more or less cloudless around 3pm (see below), and the wind direction from the south-west was constant. Another explanation might be sought in the movement of two squadrons of Typhoon fighter jets at the large base that employs up to 3,000 people. The thermometer at Coningsby, the RAF’s primary Typhoon station, as with all airports, is placed next to the runway to provide vital operational information. In the absence of credible meteorological explanations for such a large spike, aeroplane movement must be suspected as the most obvious cause.