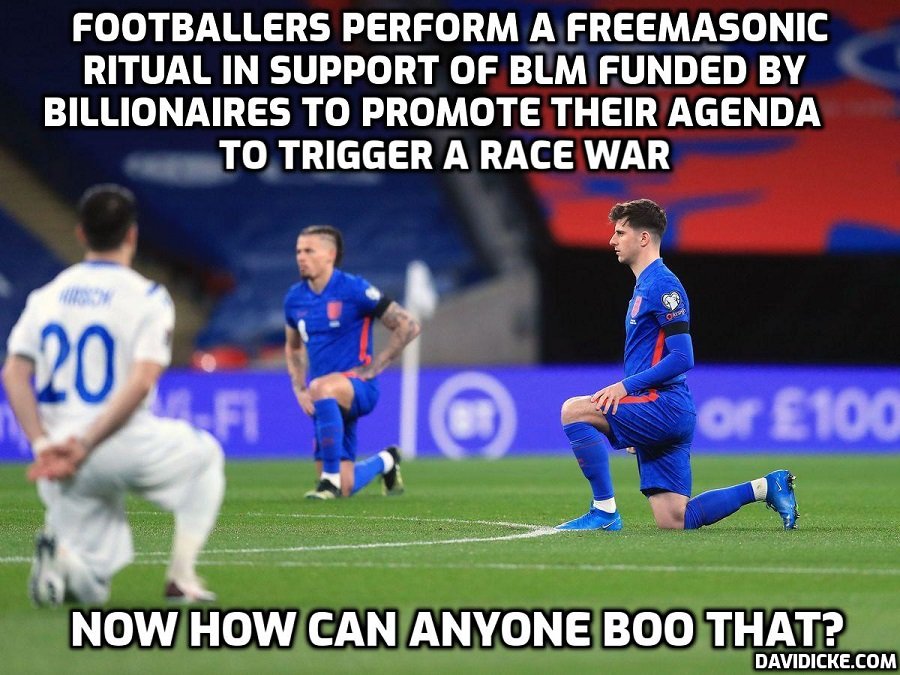 As they said they would, the England football team all took a knee prior to kicking off in a World Cup match against the U.S. Men’s National Team in Qatar. Several commenters noted that the U.S. team remained standing.The England management team promised last week that players would get on their knees in a general non-specific “inclusion” gesture, despite the fact that taking the knee is directly related to the Black Lives Matter movement and the death of George Floyd.

What are they even kneeling for at this point? Nobody can even specifically say. The USA isn't even kneeling, and that's how it all started. It's just really odd.