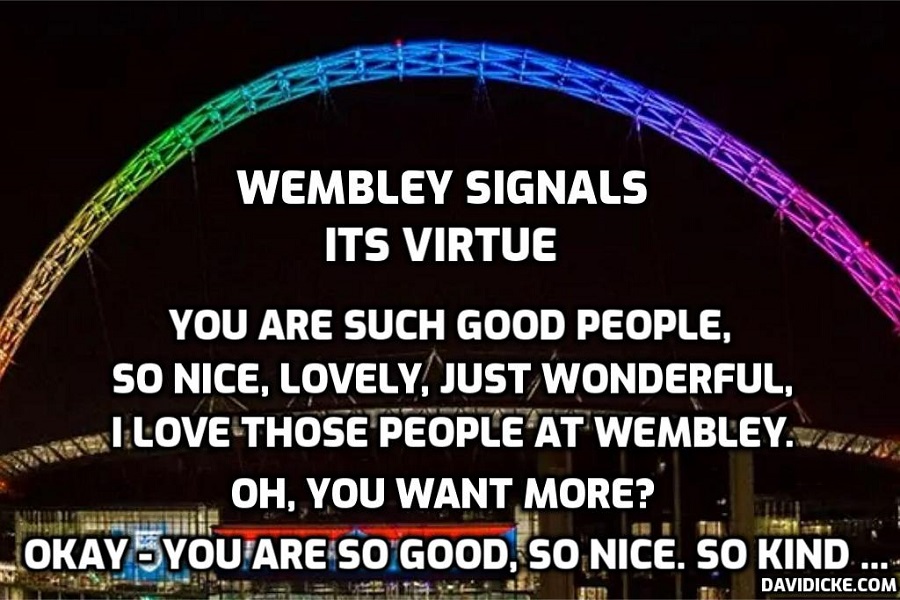 The Wembley arch was lit up in rainbow colours on Friday evening following a week at the World Cup dominated by a row over a rainbow-coloured armband.

Seven European nations, including England and Wales, had hoped to wear the armband as part of a year-long OneLove anti-discrimination campaign in Qatar, but had to abandon those plans when FIFA threatened them with sporting sanctions, which only started at a yellow card for the captains wearing them.

There had been speculation over whether England might follow Germany and stage an on-pitch protest, but, in the build-up to kick-off in England’s second match against the United States, the Football Association demonstrated its support for the campaign by lighting up the arch on the national stadium in north London.

The FA said in a statement: “The FA will continue to show our support to the LGBTQ+ community and all other communities during this tournament and long beyond, starting with lighting up the Wembley Stadium arch in rainbow colours for Friday night’s match with the USA.”

Football has the power to bring people together. It is a game for all.

We will continue to show our support to the LGBTQ+ community – during and long beyond this tournament.