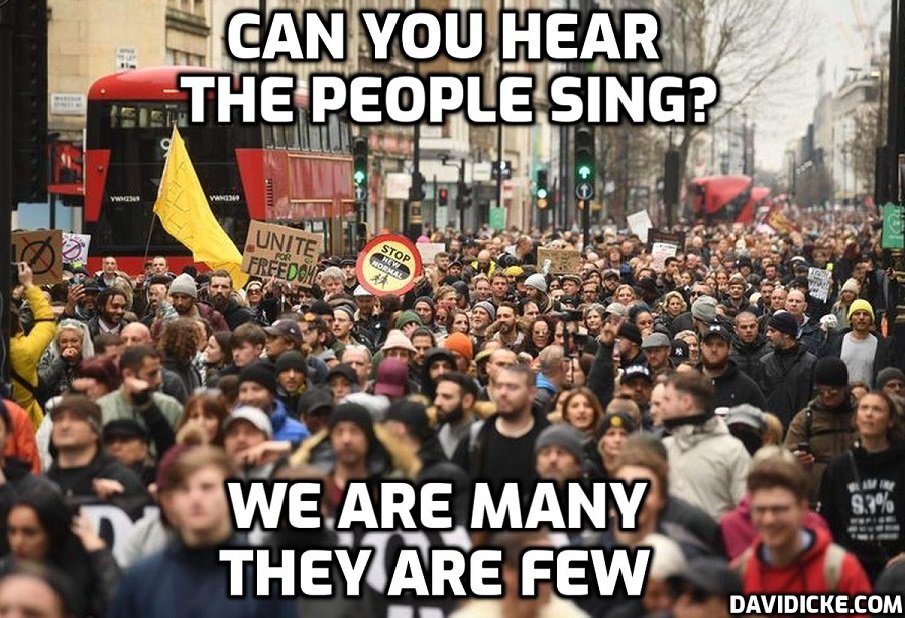 Appealing to the baser instincts of the masses while growing rich and powerful by taxing their hard labour, has been the bottom line formula for the maintenance of top-down pyramid power for at least the past thousand years in the Western World.

Various forms of deception concerning ‘people power’ disguised the main objective – to convince the mass of the people that their so called ‘freedom’ depends upon their masters having the where-with-all to instruct their every move.  The particular version whereby these masters of control are ‘elected’ to run the affairs of state earned the infamous misnomer ‘democracy’.

The common denominator throughout is a form of rule which strips out the natural urge of human beings to live a meaningful life of aspiration towards a higher purpose. A purpose that breaks the superficial allure of self enrichment and/or of a life of slavery sprinkled each day with just enough sweeteners to convey the sense that there is some compensation for unremitting serfdom.

The top-down control system that has run this planet for a long time now, has come under various descriptive headings: plutocracy, autocracy, kleptocracy, bureaucracy, technocracy, meritocracy and of course, aristocracy. The last two perhaps offering a tinge of hope concerning a certain level of ability and responsibility, to lead.

But of all these headings – and there are more –  none advance or describe a leadership based upon adherence to ‘the path of truth’. To follow the path of truth is a calling which goes beyond the responsible leadership suggested by ‘noblesse oblige’ or the meritocracy of ‘greatest ability’.

It suggests another dimension of commitment altogether. A commitment to justice, honour and particularly the nurturing of the very essence of mankind’s spiritual calling.

As these are the qualities that form the ingredients of a maturing vision of ‘the new society’ that we all long for, then we surely need to invent a new heading to encapsulate the aspirations and goals of a human race intent upon laying the foundations of a dynamic, holistic and unifying concept of governance and leadership.

Governance, based upon the premise that to seek and to implement the truth is the highest and most appropriate goal for a humanity whose origins are of a Divine nature.

Hello the pursuit of truth as the fundamental precept of a new society. That new society which must arise-up out of the ashes of today’s burned-out status quo, still posing as a working model of untarnished law and order.

Shall we caste a brand new mould for enlightened governance and call it a ‘Veritocracy’? (Veritas, from the Latin ‘truth’).

A Veritocracy will advocate for a transformation in the way governance is structured and put into practice. It will be beyond ‘politics’ and will not be top-down, but ‘people responsible’. It will reach back into the Common Law definition of true governance, in which a chosen leadership commits to follow the principles of Universal law and order; to honouring a calling upon mankind to forever leave behind the political deceit which dogs the world today and ensure that unselfish wisdom triumphs over self-centred personal ambition.

If the leadership of tomorrow is to be an organic form of evolutionary advancement on the best of the past, then it has nowhere else to go other than onwards and upwards, as our natural vision and impulse gravitates towards the supreme consciousness of our Creator from whence we came.

We humans are, when we allow ourselves to be, the standard bearers of highest truth.

So far history has not produced an era motivated by ‘Veritocracy’, the pursuit of truth. But all that seems about to change. The March Hare has a spring in his step; the air is clearing; the light lucid and bright and the intoxicating cyclic rebirth of Spring is just around the corner.

All seems set to announce a special event in the lives of humankind: the supplanting of a decaying democracy by a commitment to the power of truth. A rising sun burning away the mists of deception to reveal a higher calling in the collective governance of the affairs of man.

So, please raise your glasses in a toast to ‘Veritocracy’!

Julian Rose is an early pioneer of UK organic farming, writer, international activist, entrepreneur and holistic teacher.  He is President of The International Coalition to Protect the Polish Countryside and Co-founder of the Hardwick Alliance for Real Ecology HARE. His latest book ‘Overcoming the Robotic Mind – Why Humanity Must Come Through’ is strongly recommended reading for this time: see www.julianrose.info