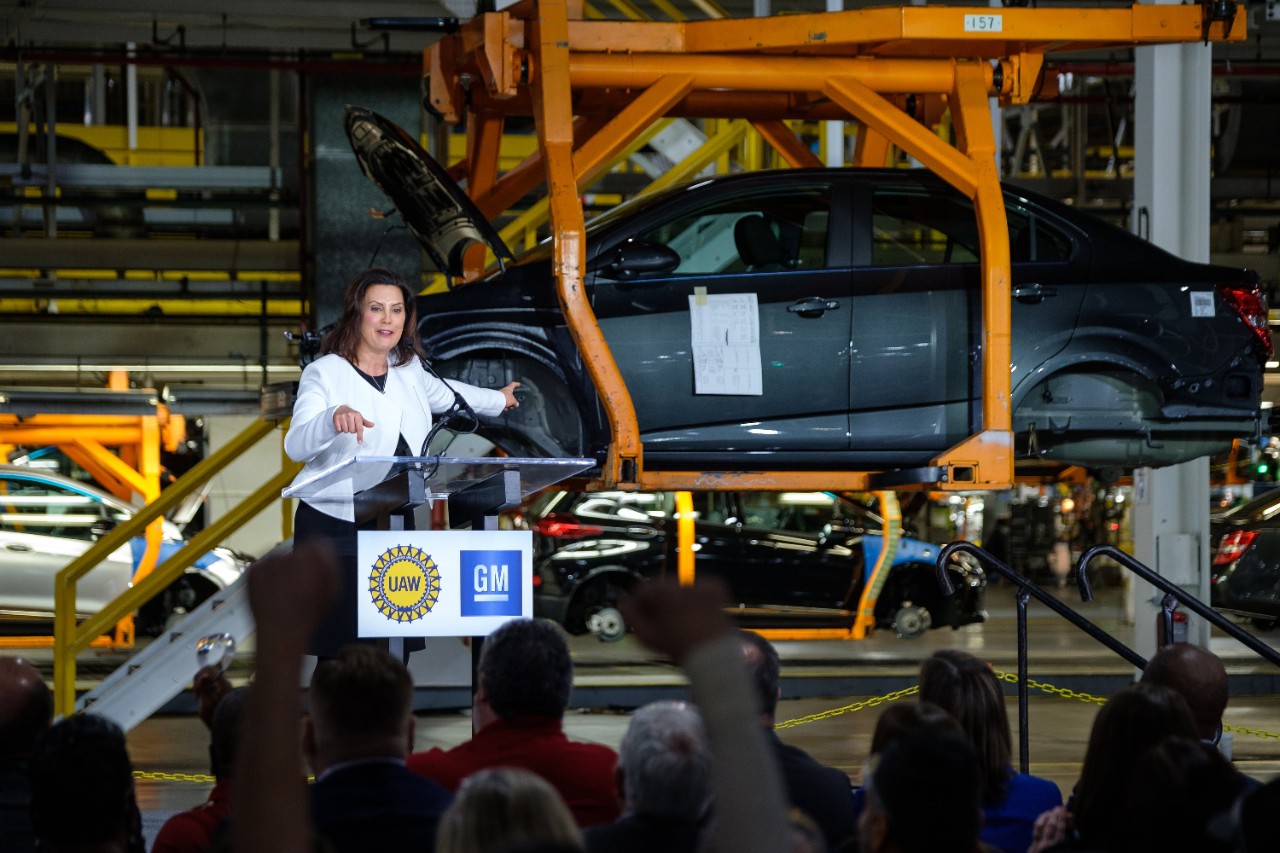 Michigan Governor Gretchen Whitmer addresses the gathering Friday, March 22, 2019, after it was announced GM is investing $300 million in its Orion Township, Michigan, assembly plant to produce a new Chevrolet electric vehicle that will bring 400 new jobs to the plant. Also, the company’s commitment to invest a total of $1.8 billion in its U.S. manufacturing operations, creating 700 new jobs and supporting 28,000 jobs across six states. (Photo by Steve Fecht for General Motors).