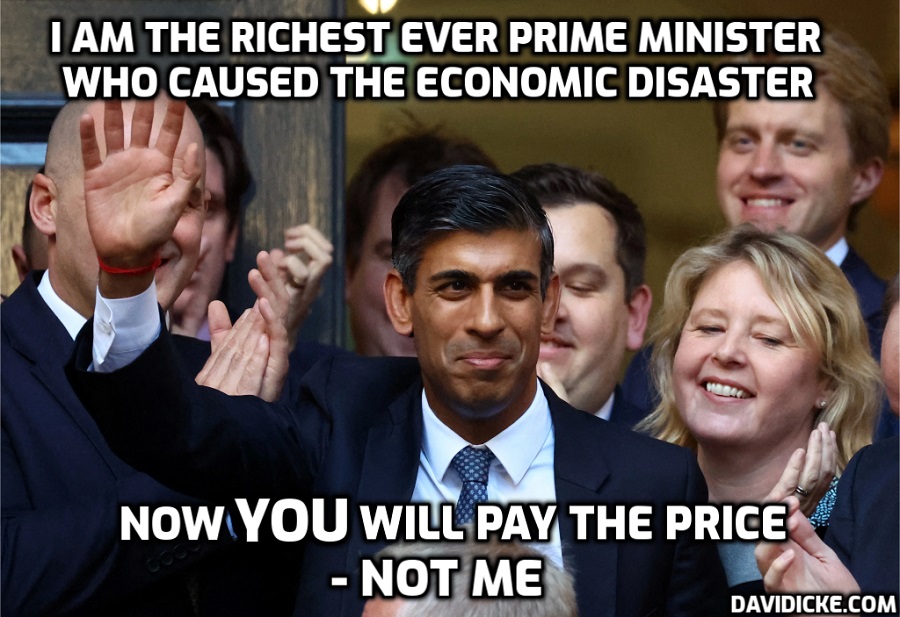 Britain must ‘face into the storm’ of a global downturn, Jeremy Hunt will warn today as he prepares to deliver one of the most brutal Budgets in modern history.

The Chancellor will call for ‘sacrifices’ in order to bring down inflation, which jumped to a 41-year high of 11.1 per cent.

Mr Hunt will unveil a bleak £54 billion package of tax rises and spending cuts designed to convince the financial markets that ministers are serious about bringing Britain’s towering debts under control.

The Chancellor, who raised taxes by £32 billion last month, will announce a further £24 billion in tax hikes, taking the overall tax burden to a new post-war record as part of a ‘plan for stability, growth and public services’.

While the tax raid will be skewed towards higher earners, Treasury sources said ‘all’ taxpayers will face higher bills.

The tax bomb – equivalent to £854 per household – will be accompanied by £30 billion of real terms spending cuts, with rises of just 1 per cent pencilled in for the three years after the next election.

A string of immediate projects also look set to get axed or delayed, including the Government’s flagship cap on social care costs.

Mr Hunt will tell MPs that ministers have to take ‘difficult decisions’ now in order to tame inflation, which he describes as ‘the enemy of stability’.

‘It erodes savings, causes industrial unrest, and cuts funding for public services,’ he will say. ‘It hurts the poorest the most and eats away at the trust upon which a strong society is built.’

Read More: Britain must ‘face into the storm’ of a global downturn’ Jeremy Hunt will warn as he prepares to deliver brutal budget