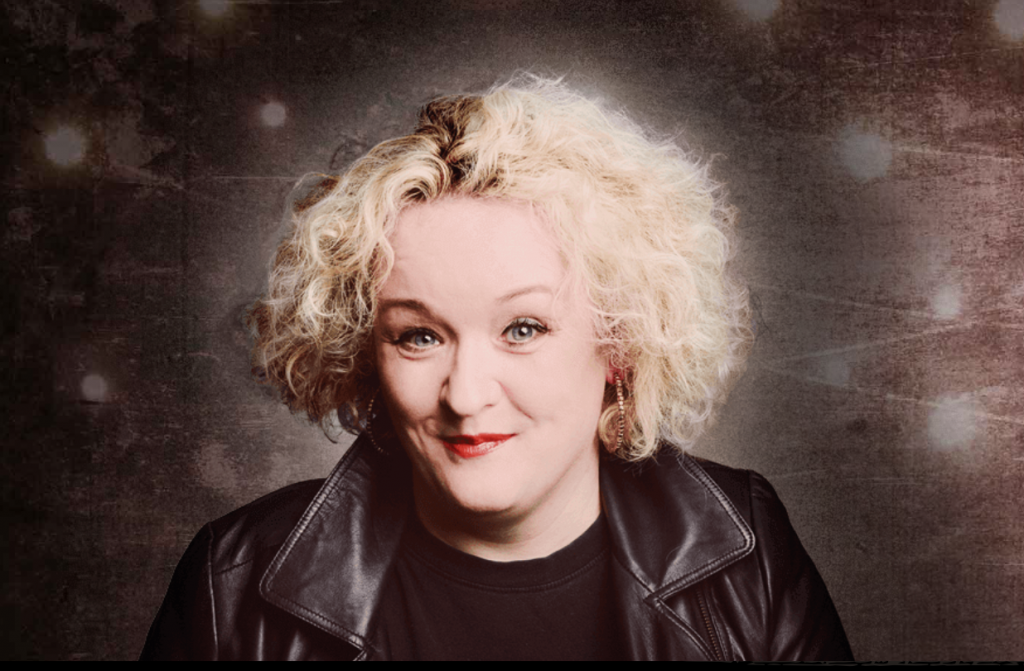 I first encountered Abi Roberts in a writers’ WhatsApp group. She posted one of her early Cathy Crunt videos and I was instantly smitten.  (For those of you unfamiliar with Crunt, check her out here: www.CathyCrunt.com

Roberts not only writes great dark sarcastic comedy, she also pens mighty fine articles, some of them not funny at all. (The story about her husband’s premature death made me cry.)

Her latest piece popped up on Gettr. It focuses on her Monday night jaunt to see the much-respected cardiologist Dr. Aseem Malhotra at Friends House, the central offices for British Quakers in London. Abi had been following his ‘journey’ – from TV doctor raving about the benefits of the Covid ‘vaccine’ to anti-jab whistleblower – and was interested to hear what he had to say. The title of the talk was Has Big Pharma Been Hijacked By Evidence-Based Medicine?

Abi reports: “As he launched into his spiel, I noted a couple of things. He spoke in a very measured, calm way. The way you speak if you’ve had a lot of media training. At the BBC for instance. It hit me at once that if this man had any passion at all, it was very well hidden.

He also showed not an ounce of remorse, or any sign that he, a doctor, had played any part in this ongoing ethical disgrace.”

He went on to talk about his distrust of the big pharmaceutical companies which Roberts saw as a bit of a contradiction. When did his distrust in Big Pharma begin? Has he always distrusted them? Or did this lack of trust manifest after his father died immediately after having the toxic shot? She found the sudden about-turn puzzling.

Malhotra knew that the experimental jab caused his dad’s untimely demise, but why wasn’t he aware of the risks BEFORE? He’s a doctor after all.

He then went on to push the Covid narrative at a time when even the sheepiest sheep are starting to question whether the virus actually exists. “He re-iterated how serious Covid was as a threat,” says Roberts. “Apparently, we all knew family members and friends who had been seriously ill, or died from it. Did we? Perhaps it was the tin-foil hat keeping me, and them, safe.”

Malhotra then went on to state that the obese were more at risk, so diet and lifestyle was paramount. “That must be why they closed the gyms, and exercise was limited to an hour a day, whilst people sat at home watching Masterchef and stuffing their faces,” laughs Abi.

At this point in the talk, the comedian was expecting Malhotra to repent. “The section on the Covid vaccines was so quick, I’d barely done half an eye-roll and it was over. Surely this was the money shot? The moment when he wept, dropped to his knees and said: ‘I abandoned my sacred oath. I caused harm. Please forgive me.’”

But that didn’t happen.

The audience was becoming restless. This guy, ‘hero’ though he was, was not only patronising but boring too. Someone mumbled something about Matt Hancock: Malhotra picked up on it, laughed and said he’d get to Matt in a minute.

That’s when the red mist descended on Abi. She couldn’t hold back any longer and, before she could stop herself, the words “He should be in prison, and so should you!” flew from her lips.

“I realised I had to leave for my own sanity,” she explains, “and as I gathered my things and walked out, I turned around and exclaimed: ‘You’re whitewashing your reputation, you’re a lying cunt.!’”

As she left the building, a security guard congratulated her.

Like me, Abi was initially impressed by Aseem Malhotra’s ability to suddenly see the light. Like me (and many others), she felt saddened by his father’s death. And, like me, she was impressed by the many-paged report he’d written about the dangers of the mRNA gene therapy injections. But something wasn’t quite right at this Monday night talk… Shouldn’t he be apologising? Shouldn’t he be saying sorry for misleading the public by, not only telling them the poisonous jabs were safe and effective, but also for being so stupid as to have two jabs himself! He’s a jab regretter – he must be – but where was the regret? He lied to people, abusing his position as a doctor, but where was his apology for those lies? Abi realised that what she was witnessing was “actually a PR exercise in whitewashing the medical profession, without the accountability, contrition or justice… a doctor whose aim was not to humbly beg forgiveness, and say ‘mea culpa’ for going on TV to praise and promote these jabs, but rather to swerve any culpability at all by seemingly saying ‘it wasn’t my fault, the evidence has changed.’”

Malhotra says he didn’t know the risks. I’m sure that’s true. But he SHOULD have known the risks. Because of his ignorance and the ignorance of so many other medics, thousands have people have died and many more are suffering life-changing injuries. Sudden deaths – in adults and children – are on the rise and it looks very much as if the injections have contributed to, if not caused these. There are endless stories of people of all ages dying in their sleep, collapsing on live TV, sports pitches and arenas; of unexpected deaths of healthy children; of huge spikes in neonatal demise. WE knew what was happening: why didn’t Malhotra? “We’re not talking about prescribing an extra paracetamol by mistake,” says Roberts. “This is the greatest global, ethical crime committed on BILLIONS of people, including children and babies. Yet he and other medics are not on their hands and knees begging for forgiveness.”

Could it be that Dr. M is panicking. Think about it… this guy was seriously pushing the poison. Did he actually administer any jabs? Has he said? If he has, he needs to keep quiet. Because any day now, these jabbers, these perpetrators of injury and death, will be held to account and punished. It’s not the person who tells you to shoot someone who goes to prison – it’s the person who pulls the trigger. Malhotra knows this and is now back-pedalling so fast he makes Billy Whizz’s legs look unblurry! Is this all about being let off the hook? Does he, like Hancock, believe he’s deserving of forgiveness?

She adds: “There must be accountability and justice for what’s been done, or it’ll happen all over again, and much worse. That goes for politicians and the media too.”

Since publishing her story, Abi has had an avalanche of online abuse, accused of trying to boost her profile by being outrageous. In her own defence, she says: “What I shouted in that room has nothing to do with boosting anything, except perhaps deserved righteous fury at the medical profession and the media for not acknowledging the gravity of what they’ve done. To be honest, if I gave a shit about my online profile, I’d be cosying up to people like Malhotra and not calling him a lying cunt in front of a thousand people.”

You have to admit she has a point.