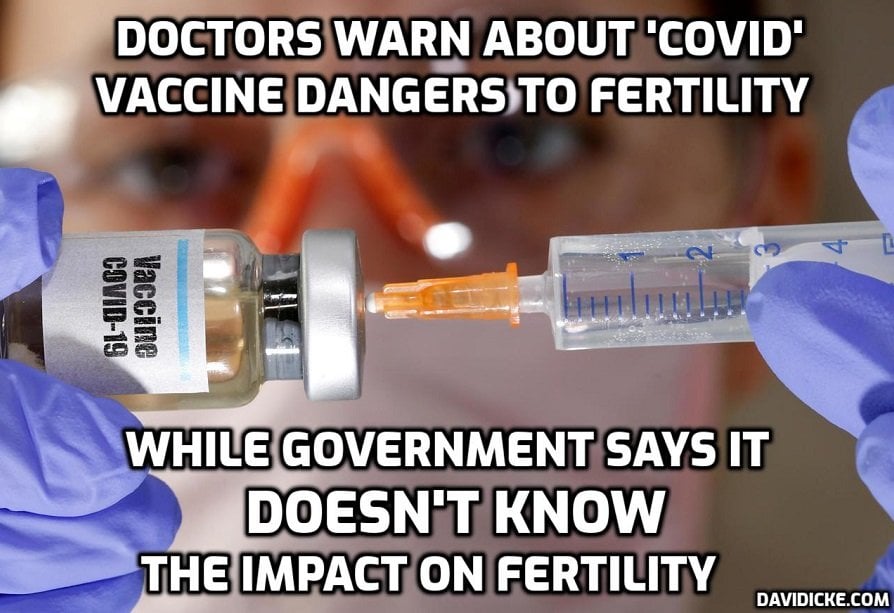 Counts have more than halved since the 1970s.

And the decline has only accelerated since the turn of the century, according to a global analysis.

Scientists tracking the data, taken from more than 50 countries, said ‘we have a serious problem on our hands’.

Men’s bulging waistlines are blamed for the worrying trend, as well as ‘everywhere chemicals’ in the environment.

Experts predict the toll could even breach 10billion by 2100. 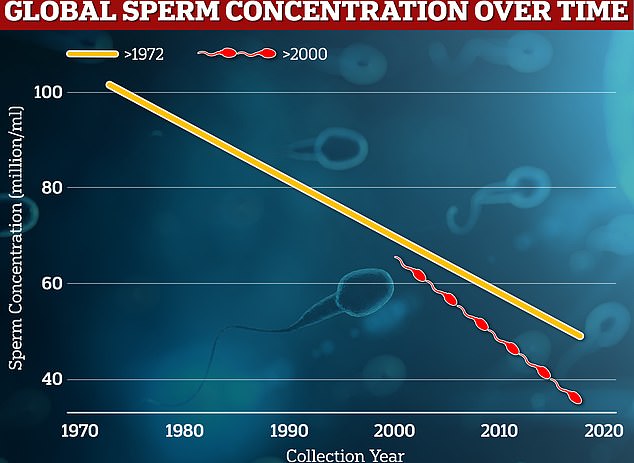 International researchers tracked sperm counts and concentrations from semen samples across the world between 1973 to 2018 by looking at older studies.

Men involved came from 53 countries including Britain, the US and Australia.

The study, in Human Reproduction Update, built on existing findings, which only looked at a fraction of the nations.

The analysis, which gives the first insight on trends in South America, Asia and Africa, also includes an additional seven years of data from 2011 to 2018.

Count refers to the overall number of sperm in a sample, while concentration accounts for how many of the reproductive cells there are per volume of semen.

Results showed the mean sperm count fell by 51.6 per cent between 1973 and 2018 across men from all continents.