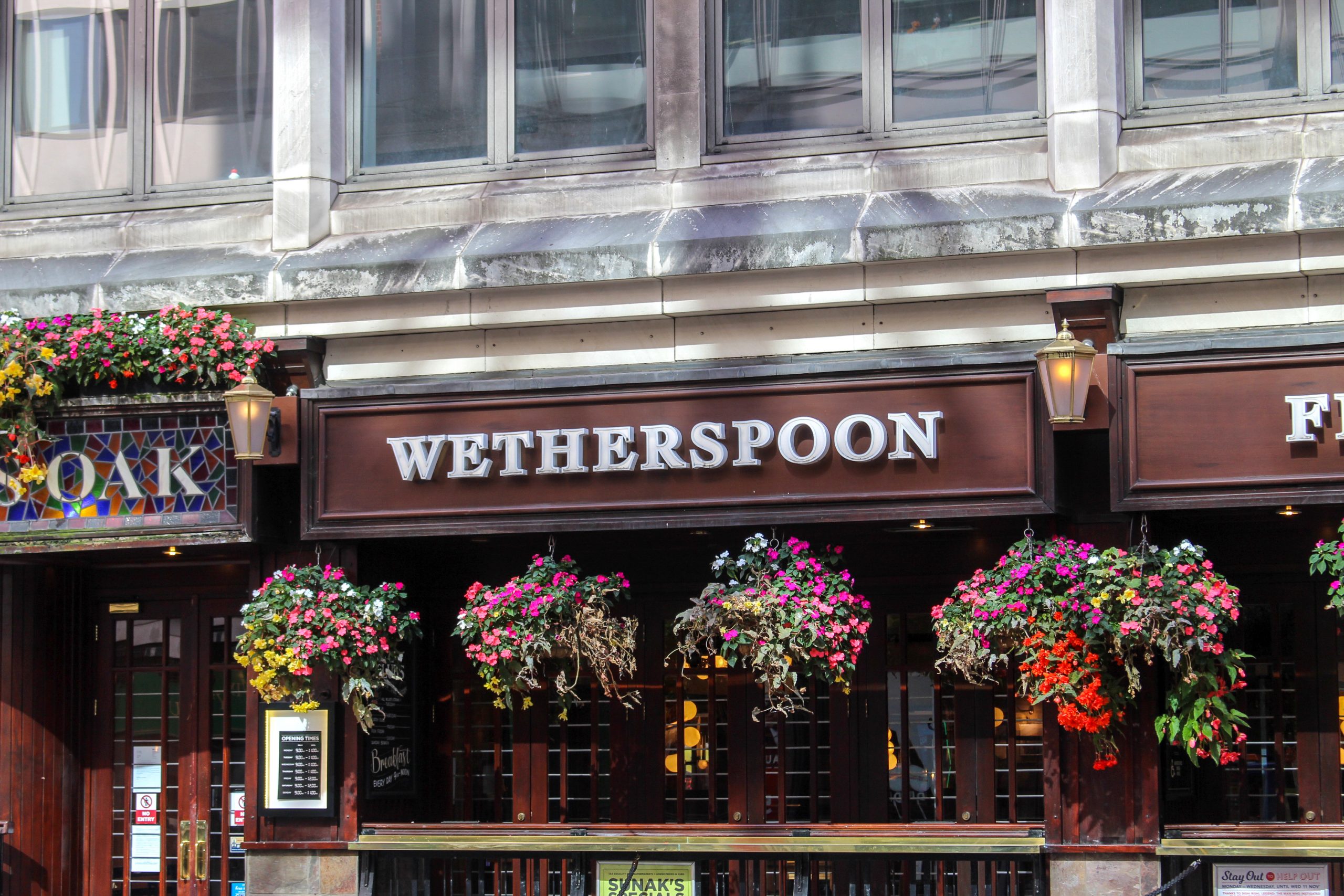 Pub chain JD Wetherspoon has put another seven pubs up for sale just weeks after announcing the sale of 32 pubs across the country.

The pubs now facing closure are the Coronet in Holloway, Cross Keys in Peebles, General Sir Redvers Buller in Crediton, Lord Arthur Lee in Fareham, Plough & Harrow in Hammersmith, Saltoun Inn in Fraserburgh and the Thomas Leaper in Derby.

The pubs will be open as Wetherspoon until they are sold, a spokesperson confirmed today.

But regular customers at the pub say they are ‘absolutely horrified’ by the news.

One customer said that the pub, which is based on Crediton High Street and is named after Victoria Cross recipient Redvers Buller, was ‘a good asset’.

Another regular asked where they would go to socialise if the pub closed: ‘Where will we go for our coffee breaks, let alone our beer?

‘It’s about the only meeting place in the town,’ she said, disappointed at Tim Martin’s decision.

‘Everything comes down to money, doesn’t it?’

Her friend agreed and said they were ‘gutted’. She said: ‘Especially for older people, it’s a place you can sit in the warm and have plenty of coffee.’

One regular customer said she wanted the pub to stay because it’s a ‘really good place’ that’s ‘family-friendly, cheap and cheerful.’

Another regular said it would be ‘a bad thing’ if Spoons closed.