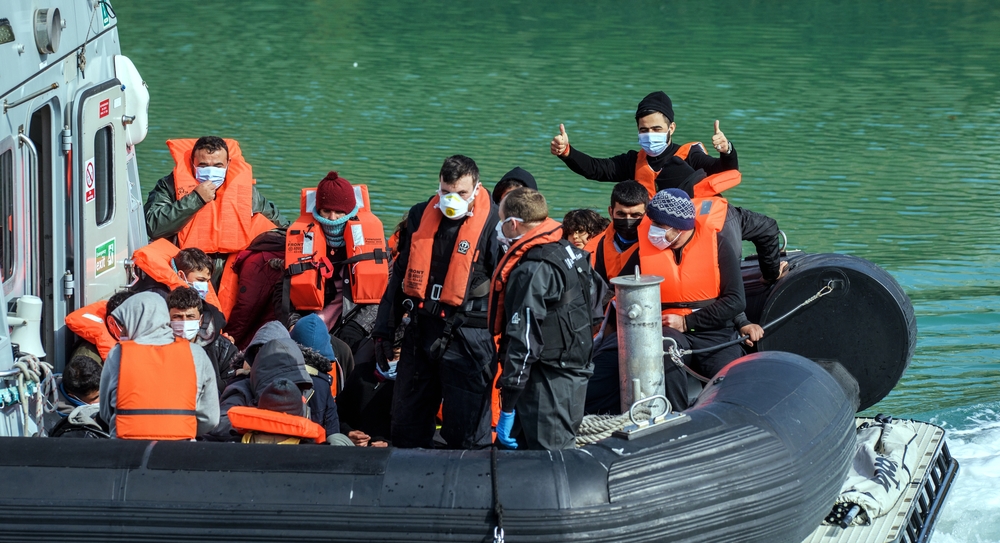 More than 40,000 migrants have crossed the English Channel to the UK so far this year, Government figures have shown.

A total of 972 people were detected on Saturday in 22 boats, the Ministry of Defence (MoD) said, taking the provisional total for the year to 40,885.

In 2021, there were 28,561 recorded – marking a drastic year-on-year increase, despite pledges from successive home secretaries to bring the number of crossings under control.

It was reported on Saturday that the UK is close to agreeing a fresh £60m deal with France in an effort to crack down on crossings before the boats have set off across the Channel.

Government officials have been negotiating with their French counterparts for some time over whether more can be done to stop people smugglers from putting lives at risk. France says it has prevented a further 29,000 migrants from crossing the Channel this year.

On Sunday Immigration Minister Robert Jenrick suggested that asylum seekers could be housed in disused cruise ships or defunct holiday parks to cut down on the expense of housing them in hotels.

In an article for The Sunday Telegraph, Mr Jenrick claimed the country’s “generosity” towards refugees is being “abused” by people “skipping the queue”.

He said: “Accommodating these record numbers is extremely challenging, and a chronic shortage of acceptable accommodation has forced the Government to procure expensive, and frequently unsuitable, hotels at an unacceptable cost to the taxpayer.

“Human decency has to be accompanied by hard-headed common sense: illegal immigrants are not entitled to luxury hotels.”

He said hotels housing migrants should be “replaced with simple, functional accommodation” – with the newspaper reporting that he could send them to live in disused student accommodation, defunct or underperforming holiday parks or budget cruise ships.

People seeking asylum are mostly banned from working while making a claim – leaving them to live on just £5.84 per day. The policy is thought to have cost up to £880m in the past decade, according to figures published this year by the Lift the Ban coalition.

It is nearly seven months since the then-home secretary Priti Patel announced costly plans to send migrants who cross the Channel to Rwanda without hearing their cases.

The controversial deal saw Rwanda handed £120m upfront with further costs expected – but since then, 33,805 people have arrived in the UK and none of them have been sent to Rwanda.

Read more: Channel crossings to UK exceed 40,000 for first time despite Rwanda threats and vows to crack down