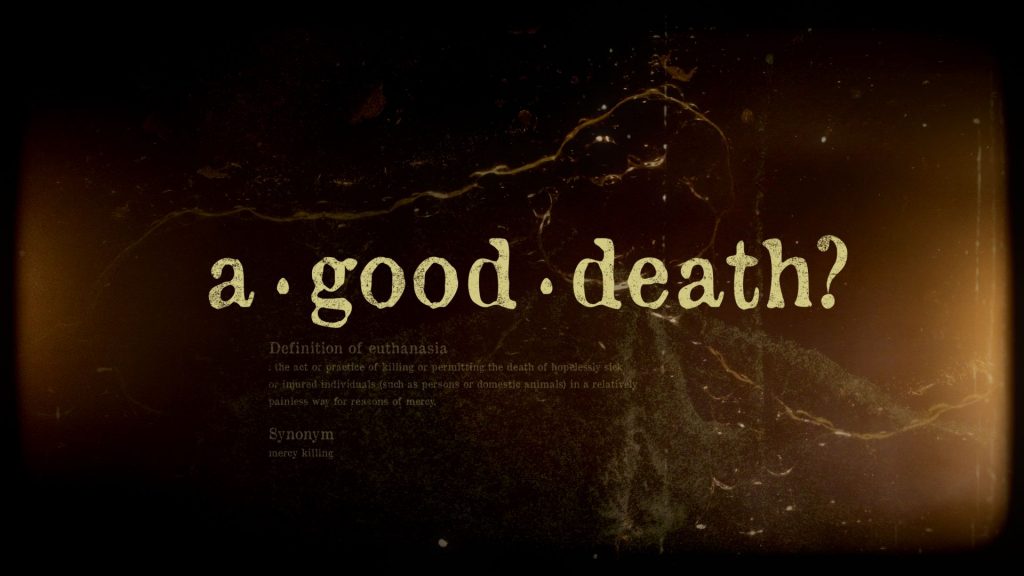 The much-anticipated Midazolam murders song by Monkeyboy (DrDr McHonkHonk’s hairy little adversary), which was inspired by Ickonic Media’s harrowing documentary ‘A Good Death?’, is released and available for download now! Let’s make it a Christmas Number 1!

The smartest and cheekiest chimp in the land – Monkeyboy – has released a most excellent single. The song was inspired by the Ickonic film (co-produced by yours truly) ‘A Good Death?’ and is actually called – wait for it – ‘A Good Death?’

Love him or hate him, the man behind the monkey mask is nothing short of a genius. He’s been a shining beacon of truth and delightfully dark comedy in these insane times and despite the sweary rawness of his material and the sick and twisted sentiments of the evil DrDr McHonkHonk, there’s no denyin’ this guy can rhyme! (OK, so I’m not so good.)

He says: “’This song was inspired by the documentary ‘A Good Death?’ I had only a basic understanding of what was happening – and still is happening – in our hospitals and care homes until I watched it. Then I watched it again. The third or fourth time I watched it, I did so with a pen and a notepad in hand and the song was born. If you haven’t seen the film, you should. It’s a hard watch but a necessary one. I hope the song can make an impact in the same way the film did.”

The lyrics are amazing: in this song, Monkeyboy manages to sum up the whole shocking scandal of the Midazolam murders, placing all the blame squarely on the shoulders of full/time psychopathic weasel and former health secretary, in a mere three minutes.

As a close friend (ok, a crazed fan) of Monkeyboy, I had the privilege of hearing the track last week. But here it is now, in all its glory, for the world to hear!

Even the manic medic DrDr McHonkHonk himself will probably find it hard not to like it. Probably.

For anyone who wishes to download it on iTunes, it costs £0.79. Just click on the Apple Music link and then click ‘Also available in iTunes Store’