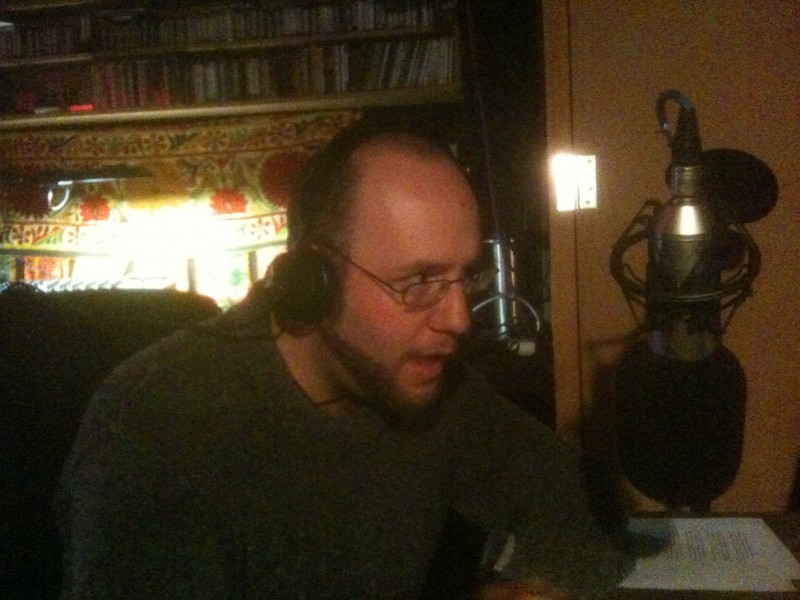 The House of Rising Grace

I knew about the rain from a very early age.

Of my teacher who was clever and said rain was not a ‘thing’.

That instead of drawing Doomsday I should learn, perhaps, to sing.

So I struck out with the choir master; gave it all I had,

And though I had a voice that held a tune (I wasn’t bad),

I found myself still drawn back to the notion of the sky,

And water falling out of it; how lots of us might die.

I told the choir master that I’d like to write a song,

He asked me for the content. So I told him… which was wrong.

His eyes grew wide as if I’d said that all of us were dead.

But that wasn’t what I meant. It wasn’t like that in my head.

After that he told me that my voice was just not right,

That he’d taken me this far; that he was sorry for my ‘plight’.

And so I was returned to the realms of maths and science.

In secret, I would draw my rain and clouds with great defiance.

In public, though, I stopped declaring all the things I saw.

I drew arks of different sizes, and I drew the water rising.

I drew every nut and bolt until there was no risk capsizing.

I drew the faces of the people that I loved but did not know.

To another place, a secret place away from all the noise

Where there would be no distractions, no inconsequential toys.

And on the night the rain began I felt the whole world shake.

The end was nigh. I knew it! And I looked into the sky.

I shouted “look, it’s raining,” as some fell into my eye.

Everybody looked up at the sky and then at me

with a face of pure “How DARE you?” and I saw they couldn’t see.

They saw that I had made them scared, but not the actual rain.

And still they do not see it. It’s a thing I can’t explain.

I have met a lot of people that I drew from second sight.

I’ve learnt the skills to build an ark with others and alone,

I’ve invited many dear friends to join this voyage Home.

But most of them refuse to look. They will not see the rain,

And they wade around, waist deep, as they declare that I’m insane.

I’ve made my peace. I’m in my ark. The gangplank’s still in place.

Thank you, God, for giving me the fortitude and grace

To be here in the glory of the End Times by your side,

Bearing grief and joy as One and with my eyes both open wide.

The goblins roam your garden like collectors of the dead.

The sky is turning dim and the river’s running red.

We live unprecedentedly and still the water rises.

And naysayers will prance about in various disguises.

They’ll distract us if we let them with their magical inventions,

Offering release in a host of false dimensions:

Take these drugs and eat these foods with poisons all included.”

I understand that this adventure asks us to be brave.

I understand it’s not my job to rescue, preach or save.

I’ve built an ark inside me called The House of Rising Grace,

Maybe on the voyage I will get to see your face.

That both of us could be here now, so radiant and bright.

And then we’ll laugh about the time you thought that I was mad,

And both of us will smile and be very very glad.

For now I stand like Noah, with a lantern in my hand,

And though I maybe offering you something less than grand,

The day will come you realise the flood is very real.

So come in from the storm, break bread. Come and have a meal.