“Climate protesters are triggering widespread anger and signs of violence,” writes author and prominent critic of climate alarmism Michael Shellenberger. “And yet President Joe Biden, UN Secretary-General António Guterres, and other global elites are encouraging them, which is exceedingly dangerous and irresponsible.”

As a case in point, Shellenberger has highlighted a particularly disturbing recent video showing a young woman cry and scream into a camera while claiming she was essentially forced to climb onto an overhead gantry above a major freeway outside London over ‘climate change’ due to oil and gas extraction. It’s likely police or passersby may have initially thought she was suicidal. Police were soon forced to shut down the busy roadway over the safety issue, while emergency responders had to put on safety harnesses to clear the gantries.

A 24 year-old woman shut down a major highway in UK just now. She says it’s for the climate but she’s obviously suffering from severe mental distress, narcissism, and grandiosity. “Why does it take young people like me?” she asks. 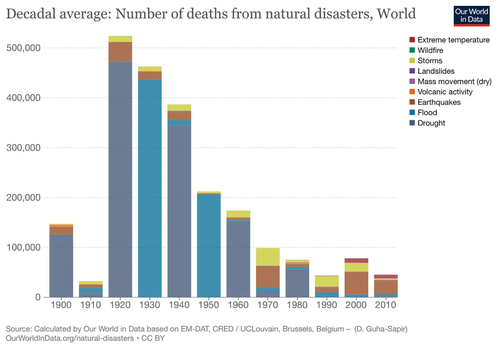 The activists ignore these facts.

The young woman is describing herself as a victim. The template for this was set by Greta Thunberg. It’s pathological. They are privileged elites financed by their some of the richest people in the world. They are throwing temper tantrums.

Statements like “Why does it take young people like me?” and Thunberg’s “I shouldn’t be up here. I should be back in school …How dare you? You have stolen my dreams and my childhood with your empty words” are grandiose, narcissistic, and manipulative.

“This is an exceedingly dangerous phenomenon because narcissism is about a lack of empathy. It’s about entitlement. And it’s exploitative. ‘I’m a victim, so I’m a saint. I’m morally superior to you. I have a right because I have a grievance. You have an obligation towards me.’”